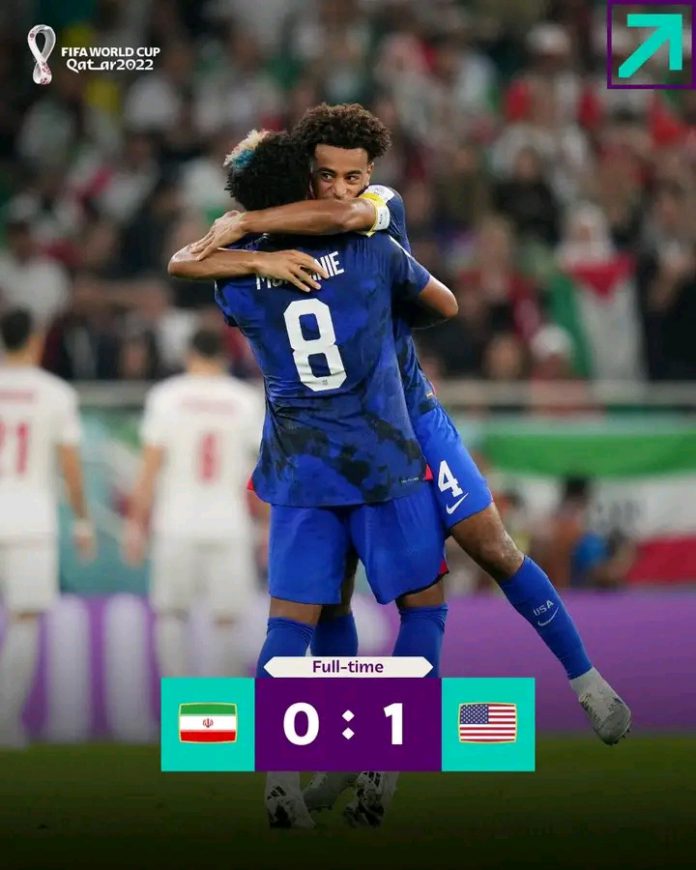 The United States won their World Cup grudge match against Iran as Christian Pulisic scored the winner to set up a last-16 tie with the Netherlands.

But he collided with Iran goalkeeper Alireza Beiranvand in the process and needed several minutes of treatment – before being replaced at the break.

It was a match with lots at stake as both teams had a chance to seal a place in the knockout stages.

But Iran, who would have gone through with a draw, mustered just one shot on target as they were knocked out.

In the second half, they came close – Brentford’s Saman Ghoddos came off the bench to strike inches over the bar when he was unmarked in the box, before Saeid Ezatolahi also curled over.

Perhaps their best chance came deep in stoppage time, when Morteza Pouraliganji met a free-kick with a diving header that went just wide.