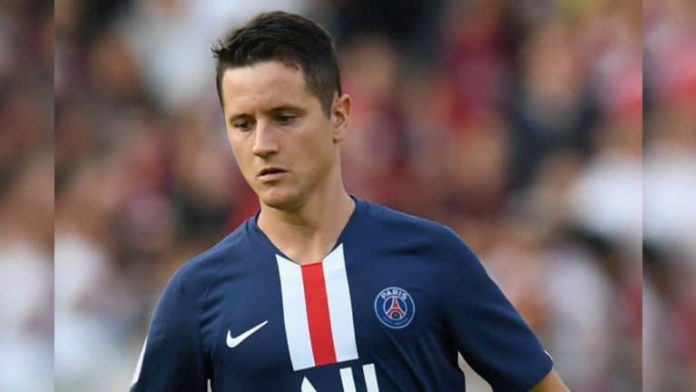 Paris Saint-Germain midfielder Ander Herrera was robbed in the French capital on Tuesday night after a prostitute reportedly entered his car.

The 32-year-old was waiting at a red light in the Bois de Boulogne public park, located in the west side of Paris, when the incident took place.
Le Parisien reported that a prostitute entered the car of an unnamed PSG player and took his wallet and phone which were in the passenger compartment.
The player was told to drive to a specific location to retrieve his phone.
Once the individual, reported by French publication 20 Minutes to be Herrera, dropped her off at the location, they did get their phone back.
The police were called at 8pm that night in regards to the incident and it’s said that 200 euros (£169) was taken from the player who has reserved the right to file a complaint.
In unrelated incidents, several PSG players have been targeted with Angel Di Maria even taken off during a game after finding out there had been a ‘violent burglary’ at his family home.
During PSG’s 2-1 defeat to Nantes in March, the club’s sporting director Leonardo was seen on his phone during the second half, and after a brief discussion with manager Mauricio Pochettino, Di Maria was replaced by Leandro Paredes after 62 minutes.
The former Tottenham manager then had a word in the ear of his star before walking with him towards the dressing room and later coming back out by himself.
RMC reported that the incident had turned ‘extremely violent’ while Spanish outlet Marca later added that the family were unharmed but were held hostage.
The contents of the upstairs safe were stolen and a specialised robbery unit was dispatched to the address in Neuilly-sur Seine to investigate.
It was reported that there was also a robbery at the home of the parents of Di Maria’s team-mate Marquinhos the same evening.
The defender’s father Marcos Barros Correa was said to have been struck in the face, chest and ribs by intruders as they stole items from the home.

Napoli: No Injury Fears For Osimhen