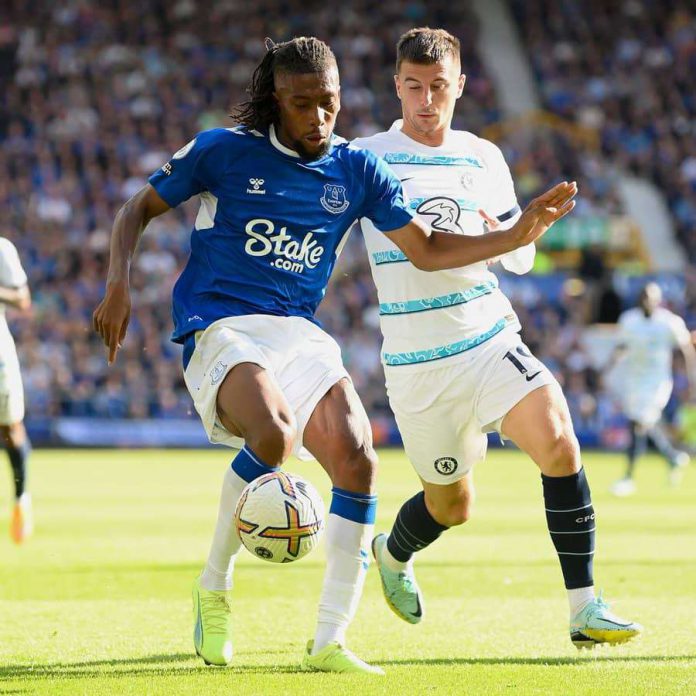 The manager of the English Premier League side Everton Frank Lampard has heaped praise on Nigeria’s Super Eagles midfielder Alex Iwobi for his excellent performance.

The Toffees have never lost an opening game of the Premier League in the last 10 seasons, but succumbed to a 0-1 defeat to Chelsea at the Goodison Park.

Former Arsenal player, Iwobi was paired in the midfield with the Malian international Doucoure and he was able to serve as a link between the defence and attack.

“I thought Alex Iwobi was brilliant in the number six role. Because of his attitude, personality and humility, it doesn’t matter [where he plays]. I thought him and Abdoulaye Doucoure played very well in midfield today.”

“I don’t think we deserved to lose. In terms of both boxes and chances we created, I thought we deserved the draw. We had a moment of lack of concentration for the penalty,” he said.
Everton will face Aston Villa on Matchday 2 at Villa Park next weekend.

“We need to invest in sustainable football infrastructures” – Monimichelle