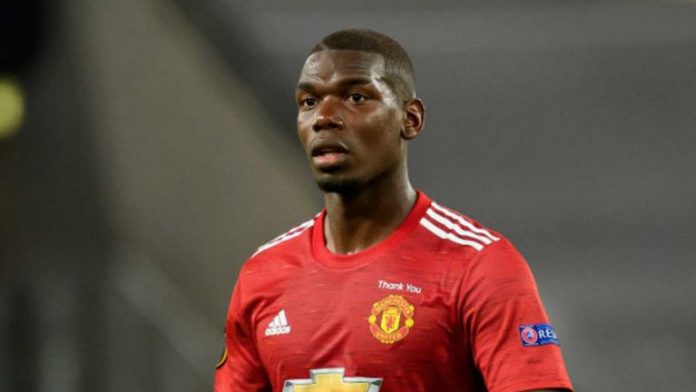 According to a report by The Mirror, Manchester United midfielder, Paul Pogba has left the club’s squad WhatsApp group ahead of his exit this summer.

It should be recalled that the France Midfielder made an £89 million return to Old Trafford from Juventus in 2016, and is now expected to leave the club when his contract expires at the end of the season.

The Interim Manager, Ralf Rangnick has confirmed that the Frenchman is likely to have already played his final game for the Red Devils, following a calf injury he sustained during last week’s defeat to Liverpool.

The Mirror reports that Pogba has already made his United teammates aware that the Liverpool game was his last in United colours.

The United star has now removed himself from the WhatsApp group that the players use to communicate with each other.
It’s understood that Pogba’s most likely destination is PSG, with the midfielder and his family keen on returning to their home country and the French capital city.