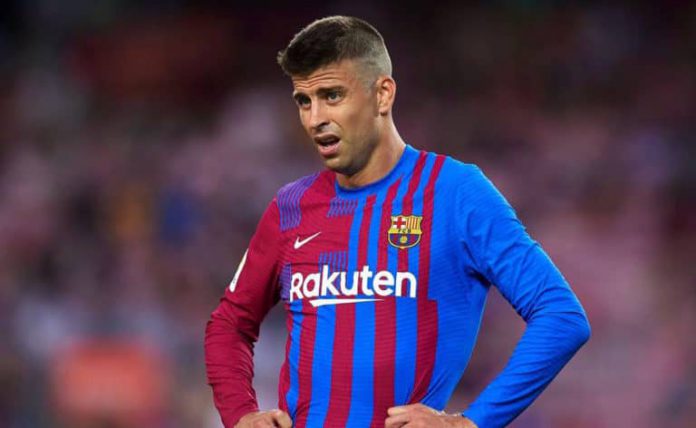 The absence of Lionel Messi from the Barcelona squad was glaringly obvious on Sunday, when the club lost 1-2 to Real Madrid in the first El Clasico of the season. It was the first Clasico in the new era for both clubs, and Barca’s veteran defender Gerard Pique has spoken up about how difficult it has been to move on.

“You could have never imagined that he would leave,” Pique told El Pais, echoing the sentiments of millions of Barcelona fans who were left in shock this summer. “But, of course. It’s difficult when the best player in the history of the club leaves,” he added, before comparing Messi’s exit to that of Cristiano Ronaldo in 2018. The Portuguese star left Real Madrid suddenly in 2018, just weeks after they had won their record 13th UEFA Champions League title.
“Madrid, when Cristiano left, also went through a time when they couldn’t score a goal against a rainbow. So have we,” he said.
Pique then went on to explain how one player can make such a big difference in the club. “We’ve lived with Leo for many years, but now we have to find new references. The problem is that Leo gave you everything. Leo did everything. You have to find players who give you what only he could give you,” he said.
The 34-year-old came up the ranks at La Masia alongside Messi, who also arrived at Barcelona as a teen. Pique had a short stint in the Premier League with Manchester United from 2004 to 2008, but has established himself as one of Barcelona’s most important players since then.
He was part of Barcelona’s glory days with Messi, winning eight La Liga titles, seven Copas del Rey, six Supercopa de Espana titles, three Champions League crowns, three European Super Cups and three Club World Cups. In short, he is no stranger to success both on the club level and internationally, where he won the FIFA World Cup and back-to-back European Championships with Spain
He is still delivering what is expected of him in Barcelona, even becoming the highest scoring defender in the Champions League last week. However, he has been left at a club that is in a difficult transition period, and it remains to be seen how well he can lead the new generation.

Arteta urges Arsenal to do MORE to protect his ever-improving star...