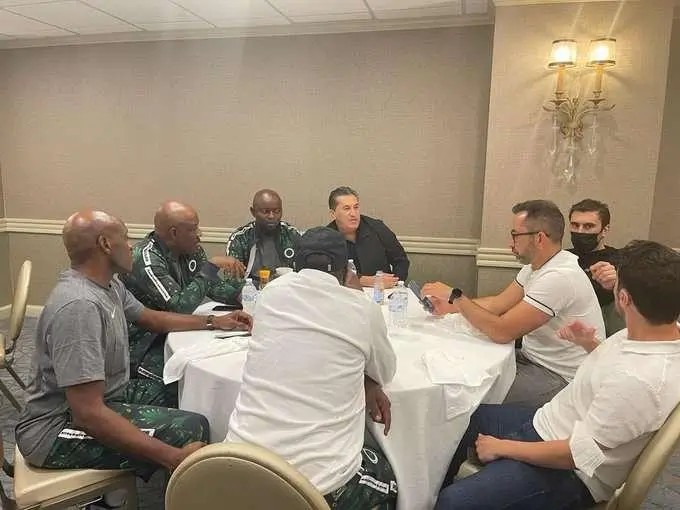 Super Eagles coach Jose Peseiro has said he is an advocate of attacking football and that is the way he expects his team to play.

Peseiro, while addressing the press after the 2-1 loss to Mexico at the magnificent AT&T Stadium, Arlington, Texas, said he loves to attack and pressure his opponents and that is how the Eagles will play.

“My philosophy as a coach is to play attacking football,” he explained. “I love my team to score and pressure the opponent, this is the best way to unsettle your opponent and win games.

“That is how we played in the second half against Mexico. “And we will work more ahead of the Ecuador game.” Peseiro lost in his first match in charge of the Eagles and he said he will take the blame for this.

He maintained that stand-in captain William Troost-Ekong should not be blamed for the team’s loss because he scored an own goal.

“I will not blame Ekong or any player for the loss,” the coach said. “I take the responsibility of whatever happened to the team as the coach.

“Because Ekong scored one goal does not mean he is a bad player, he did well for the team. Every player in the world makes mistakes and that is not the end. He will come back stronger.

“Every time people want players who committed error to be singled out for a loss, it is not like that for me. It’s a team game and errors can happen to any player.

“In the first half, Mexico was much better than us but in the second half I think we had more balance,” Peseiro told reporters after the game.

“I am not happy that we lost but I’m happy with the performance of my players because they showed character, especially after what Mexico did in the first half. I think in the second half there was an improvement.”

Barcelona’s victory over Sevilla comes at a cost, as Messi widens...