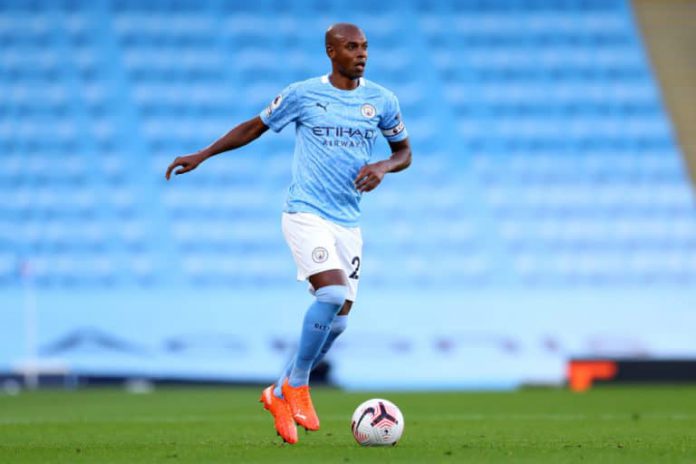 Pep Guardiola is reportedly open to offering club captain Fernandinho a player-coaching role at Manchester City ahead of next season.

The 36-year-old will see his current deal at the Etihad Stadium expire in the summer and his future with the Citizens remains uncertain.

According to Brazilian news outlet Torcedores, Man City’s sporting director Txiki Begiristain has the backing of Guardiola to keep Fernandinho and they both believ him the Brazilian’s invaluable leadership qualities will benefit the squad.

The report adds that Fernandinho will be presented with a new contract offer to remain with the club as a first-team player, with the additional option to take up a coaching role ahead of the 2022-23 campaign.

Since joining City from Shakhtar Donetsk in 2013, Fernandinho has made 370 appearances for the club across all competitions, winning four Premier League titles, six League Cups and one FA Cup.

The midfielder has been a peripheral figure in Guardiola’s squad so far this season, starting seven of his 20 appearances in all tournaments.

Wilder To Fight In 2022, Could Recapture WBC Title