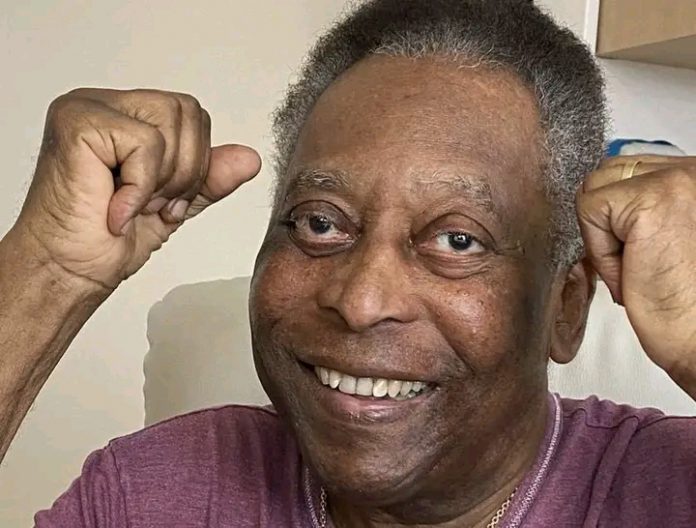 Brazilian football legend, Pele will spend Christmas in the hospital after medical reports revealed his battle with colon cancer has worsened.

Pele, 82, has been battling colon cancer since September 2021 and was hospitalized on November 29 for doctors to reevaluate his treatment.

He has also been treated for a respiratory infection diagnosed following his hospitalization.

‘Admitted since November 29 for a reassessment of chemotherapy therapy for colon tumor and treatment of a respiratory infection, Edson Arantes do Nascimento presents progression of the oncological disease and requires greater care related to renal and cardiac dysfunctions,’ read the update from medical staff.

The legend’s daughter, Kely Nascimento, said in an Instagram post that the support of his fans was a ‘huge comfort’ to him.

She wrote: ‘Your love for him, your stories, and your prayers are a HUGE comfort because we know we are not alone.

‘Let’s turn this room into a Sambadrome (just kidding), let’s even make caipirinhas (not kidding!!).’