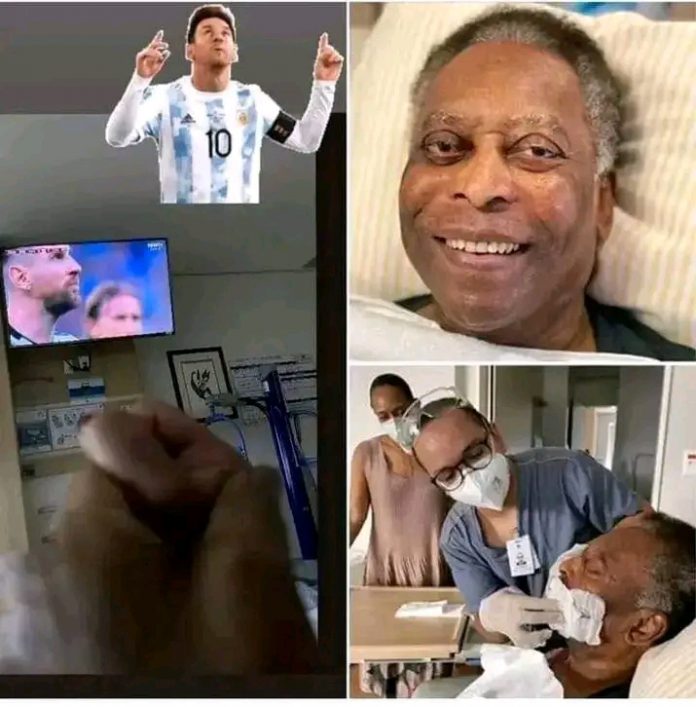 Having won three World Cup trophies for Brazil, football legend Pele has congratulated Argentina captain Lionel Messi for winning his first World Cup. The former Brazilian star, who was hospitalised for health issues earlier this month, showered praise on France forward Kylan Mbappe too for scoring four goals (including one in penalty) in the final and termed Mbappe as the future of football.

“Today football continues to tell its story, as always, in an enthralling way. Messi winning his first World Cup, as his trajectory deserved. My dear friend, Mbappe, scoring four goals in a final. What a gift it was to watch this spectacle to the future of our sport,” Pele wrote on his Instagram handle.

The 82-year-old Brazilian legend, who earlier held the record for most goals in the World Cup scored by a player aged under 24, had also congratulated Mbappe after the France player scored a brace in France’s 3-1 win over Poland and broke Pele’s record. On Sunday, Mbappe also became only the second player in World Cup history to score a hat-trick in a World Cup final. “Thank you @KMbappe. I’m happy to see you breaking another one of my records in this Cup, my friend!,” Pele had replied to Mbappe on Twitter post his record.

The Brazilian legend, who is recovering in a Sao Paulo hospital, also congratulated Morocco for reaching the semi-finals in Qatar. At the end of his Instagram message, Pele also shared how Argentine legend Diego Maradona would be smiling up from the heavens. “And I couldn’t fail to congratulate Morocco for the incredible campaign. It’s great to see Africa shine, Congratulations Argentina! Certainly, Diego is smiling now.” Pele wrote.