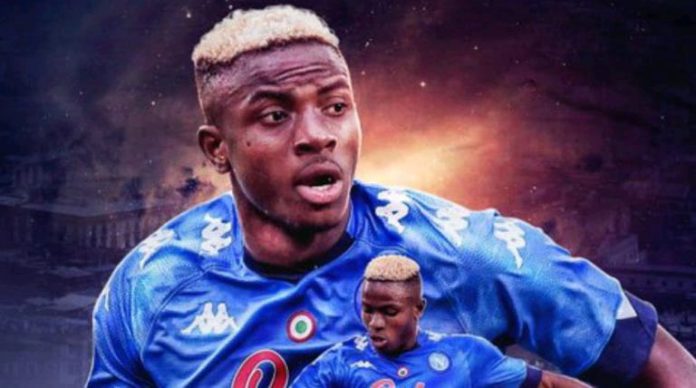 Super Eagles striker Victor Osimhen has described Napoli’s 5-1 thrashing of Juventus as an unforgettable one for him.

.Says It Was A Night To Remember

The Partenopeans welcomed Juventus to the Diego Maradona in their 18th game of the season. The fixture was supposed to be one of the toughest games of the season.

However, Napoli demystified Juventus and proved their superior quality. A brace from Osimhen and goals from Khvicha Kvaratskhelia, Amir Rrahmani, and Elijf Elmas ensured Angle Di Maria’s goals was just a consolation in a 5-1 victory for the Partenopeans.

It was one of Osimhen’s best performances for Napoli, and he has asserted that it was one of the best nights of his career.

“The game against Juventus was a night to remember both on the pitch and at the end of the match,” Osimhen told Napolista.

“My happiness was seeing the fans rejoice, seeing the people of Naples happy makes me happy.”

The win put Napoli nine points clear at the top of the Serie A. And they are now in a good position to win the league.

Also, Osimhen took his goal tally to twelve for the season, and he stands a good chance of being the highest goalscorer in Italy this season.

Exemption of pension funds from debt exchange must stand – CLOGSAG

Giroud: Messi is an incredible player, but we will ‘do everything’...