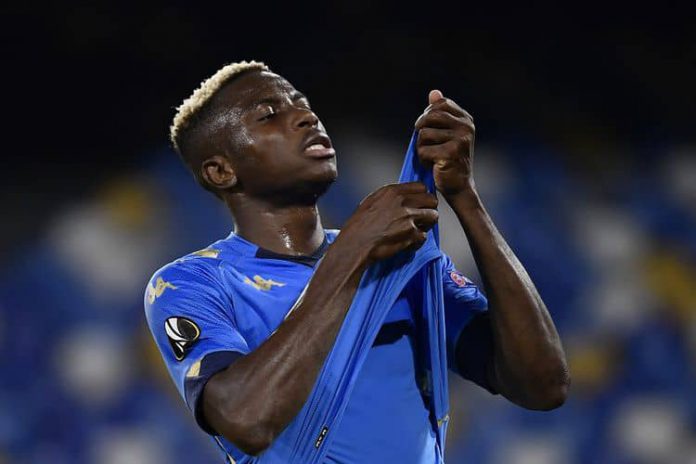 Napoli hit man Victor Osimhen is currently battling injury setback ahead of his side’s next league outing against host, Salernitana.

Going by his club’s social media handle, the lanky striker suffered a muscle strain and has been ruled out of the Naples today’s trip. In a similar vein, the Super Eagles could be without the talisman for their final group games in the 2022 World Cup qualifiers billed for November 13  and 16.

He may miss the clash against Liberia and Cape Verde should he fail to regain fitness. It’s a big blow for Napoli as the 22-year-old has been their best player this season with nine goals in eleven matches. He has also won three penalties for the table toppers. The extent of the injury is not yet known, but he could be out for up to two weeks.

Should that be the case, Super Eagles coach Gernot Rohr will have to bank on the likes of Taiwo Awoniyi, Paul Onuachu, Kelechi Iheanacho and host of others for the clash against the Blue Sharks and Lone Stars.