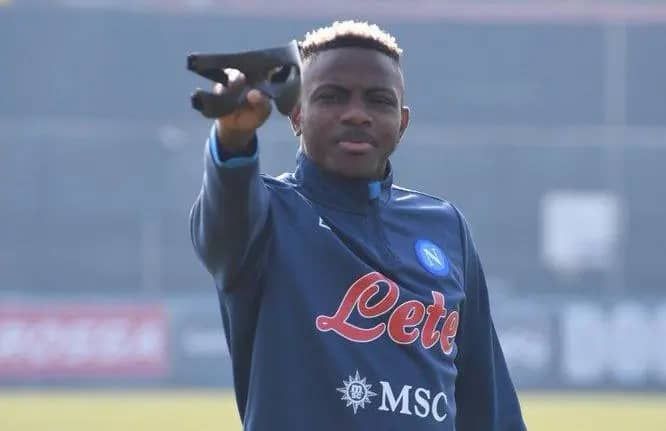 Napoli manager, Luciano Spalletti noted that the club’s record acquisition Victor Osimhen is a striker with great potential but has to work on his weaknesses to become a better striker.

Spalletti was speaking after Napoli’s 4-1 win against Perugia in a pre-season fixture on Sunday. The Nigeria international could not add to his pre-season tally against Perugia, firing blanks in forty-five minutes of action in the first half.

Osimhen’s most notable contribution during the friendly was being involved in the build-up to Napoli’s opener as Khvicha Kvaratskhelia exchanged passes with the Super Eagles striker before slotting into the bottom corner.

The 2015 U17 World Cup winner landed in Napoli in 2020 for a fee of €70 million and had an indifferent first season largely due to injury and health issues.

But he began to show his capabilities as one of the top African strikers the following season, ending the campaign with 18 goals in all competitions and his form has seen him being linked with possible moves to German, English and Italian heavyweights in the summer transfer window.

Asked to rate the performance of Osimhen against Perugia, Spalletti was quoted as saying by Napoli’s official website: “Victor has to find the best condition, but we know what his great potential is and we will go to work on his qualities not yet expressed.”

Napoli will face Adana Demirspor, Mallorca, Girona and Espanyol as they prepare for their Serie A opener against Verona on August 15, 2022.