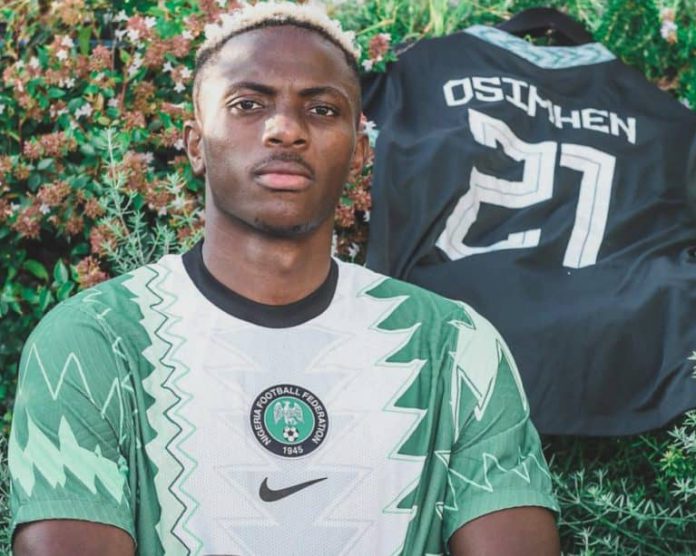 The Super Eagles have been the most impressive side in the competition so far after winning all of their three group games, scoring six goals and conceding just one from the penalty spot.

The team has managed to raise fans’ expectations, which was low going into the tournament due to poor preparations and withdrawal of four players.

Reacting to this, Osimhen who pulled out of the squad after sustaining an injury and Covid-19 ailment took to his Twitter to applaud the team, singling out Simon, Ndidi and Iheanacho for special praises. He wrote: Brilliant Performance From The Whole Squad! Special Mentions @Simon27Moses @Ndidi25  @67Kelechi.

In a similar vein, Watford goal poacher, Emmanuel Dennis also congratulated the team for reaching the round of 16 in convincing fashion.

Asisat Oshoala And Others Expected Today As 16 Falcons Already In...