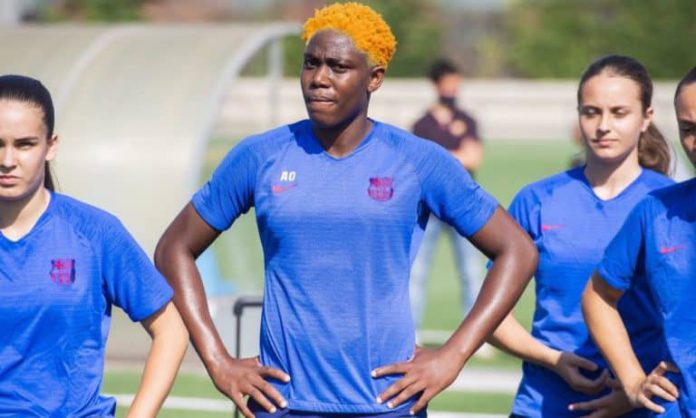 Super Falcons of Nigeria and Barcelona striker, Asisat Oshoala, will be sidelined for 10 weeks after injuring her left thigh, ACLSports can confirm.

Barcelona Femini made the news public after the Super Falcons captain missed the first leg win of the crucial double-header against Cote D’Ivoire at the ongoing AWCON qualifiers. The four-time African Women’s Footballer of the Year reportedly limped off during training days before the 2-0 win over Ivory Coast, with test results now confirming the extent of her injury.

This means the Super Falcons of Nigeria will be without their talismanic striker for the return leg of the fixture in Abidjan but would be hoping to finish off the job in her absence. Also in Spain, Barcelona will be without Oshoala for their crucial UEFA Champions League quarterfinal tie against Real Madrid as they look to defend their European crown.

Despite rupturing a ligament in her right knee earlier in the season, Oshoala has been in red hot form scoring 19 goals in 16 league games but will look to return with the same zest and hunger for goals once passed fit again to play