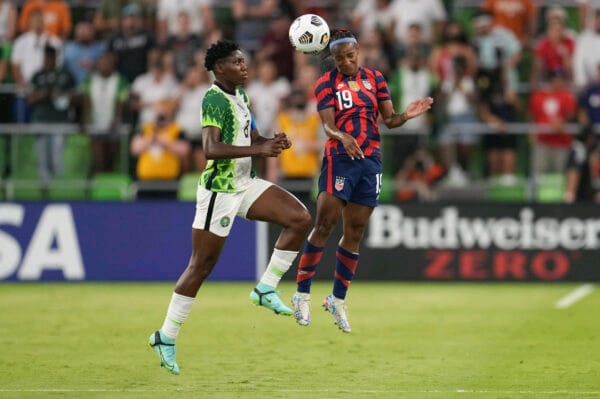 Barcelona star, Asisat Oshoala has been recalled by the Super Falcons for next month’s friendly against Japan, but there is no place for captain Onome Ebi.

The match will be played on October 6 and will serve as a warm-up for both teams ahead of next year’s FIFA Women’s World Cup in Australia and New Zealand.

Oshoala missed the Falcons recent matches against world champions USA due to injury.

Coach Randy Waldrum has also called up defenders Tosin Demehin and Rofiat Imuran as well as midfielder Deborah Abiodun, who all featured at the recent U20 World Cup in Costa Rica.