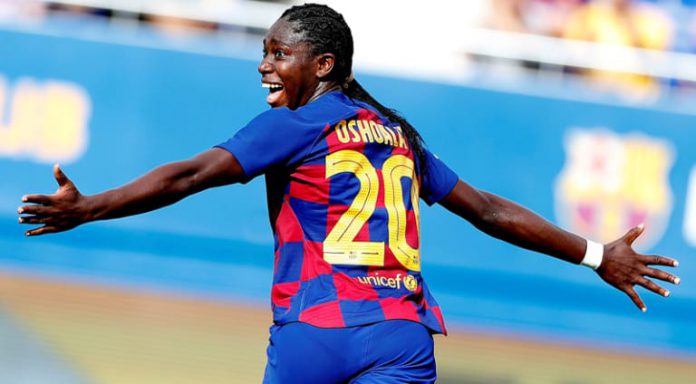 FC Barcelona Feminine continued its amazing performance this season in the Spanish Iberdrola as they recorded an emphatic 3-0 victory over Sporting Huelva Feminine.

Nigeria’s Super Falcons forward Asisat Oshoala lived up to the expectations again as she scored twice in the game.

She opened the scoring in the 21st minute before Mariona made it 2-0 for the defending champions in the 32nd minute.

Oshoala completed her brace and made the game save for Barcelona with the 3rd goal in the 56th minute before she was subbed off in the 73rd minute of the game as it ended in favour of the host.

Oshoala has now scored 6 goals in the league this season.

Argentina and Netherlands charged by Fifa after bad-tempered quarter-final