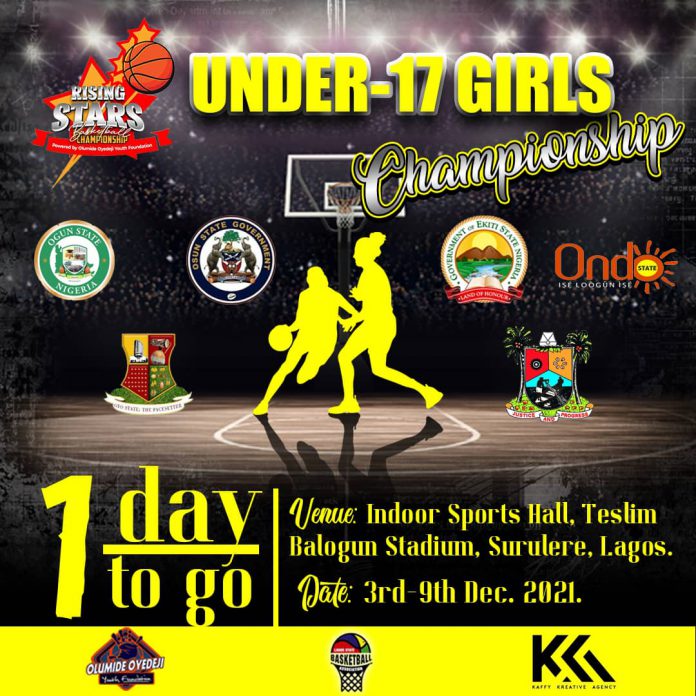 The first edition of the Olumide Oyedeji Rising Stars Under-17 Girls Basketball Championship will flag off tomorrow at the Indoor Sports Hall of the Teslim Balogun Stadium, Lagos with girls teams from all the six southwest States participating in the six-day event.

The highlight of the Rising Stars championship is a mentoring program that would involve 200 girls on Girl Child education and career, that would be anchored by ‘Kaffy’ the ‘Dance A Ton’ star, a beneficiary of the Olumide Oyedeji Basketball Foundation.

The final of the Rising Stars championship, organized by the Olumide Oyedeji Basketball Foundation, holds on December 9, 2021.
According the sole sponsor, former D’Tigers national team player and captain, Olumide Oyedeji.

The Rising Star U-17 Girls Basketball Championship is organized within the South-West States as a tool to keep the girls engaged and get them off the streets, as well as to emphasize the importance of
education and skills development.

2022 World Cup Qualifier: Iwuala Not Sure Of Super Eagles Invitation