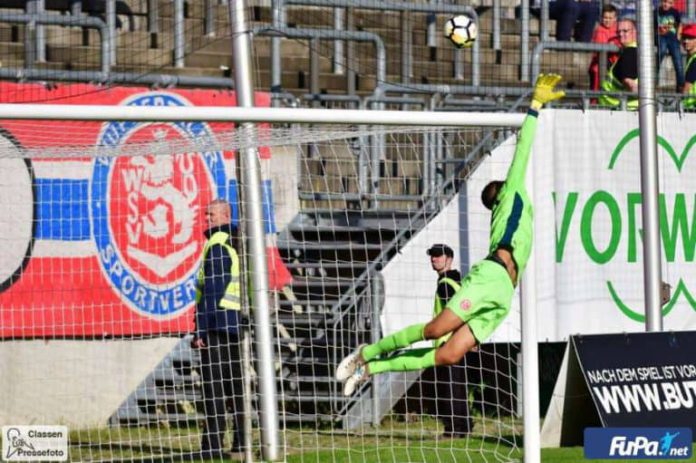 Three days after the Super Eagles qualified for the playoff round of the 2022 World Cup qualifiers, Watford-bound goalkeeper Maduka Okoye has broken his silence via social media.

The three-time African champions made it to the final round after finishing first in Group C with thirteen points following a 1-1 draw with nearest challengers Cape Verde at the Teslim Balogun Stadium.

Victor Osimhen’s opener in the first minute – his fourth goal in qualifying – was cancelled out by Stopira in the sixth minute.Nigeria had chances to extend their lead in the first half but the Blue Sharks stayed in the game and pushed for a winning goal in the closing minutes of the contest but Gernot Rohr’s team managed to hold on to a draw.

Okoye started all but one of the matches played by the national team in the group stage of the World Cup qualifiers, keeping clean sheets against Liberia twice and Central African Republic away.The Sparta Rotterdam star wrote on Instagram : “Finishing top of the group, onto the Play-Offs! One more step to the World Cup. Always an honor to represent my fatherland!”

Nigeria, Africa’s most successful team in World Cup history in terms of points accumulated, have qualified for six of the last seven tournaments, reaching the knockout rounds on three occasions.

Scholes: Pogba will need to be babysat in United’s midfield ‘until...