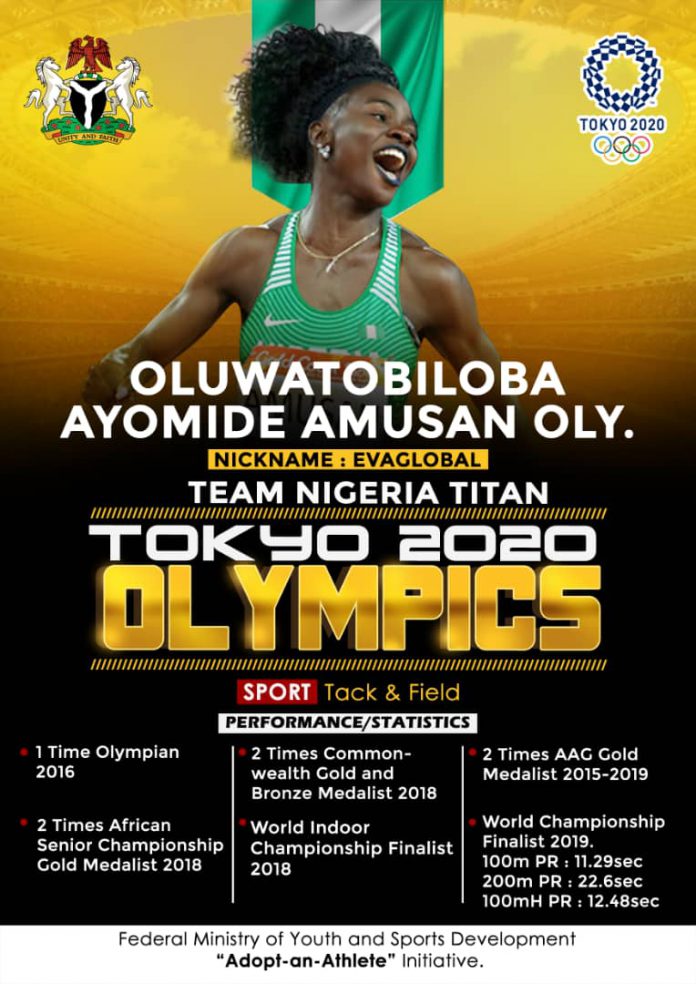 Nigerian 100m Hurdler Tobi Amusan propect of winning medal at the Tokyo 2020 Olympics got a boost on Sunday following her adoption by the Ogun State Governor Mr Dapo Abiodun.

The adoption followed a visit to the Governor by the Minister of Youth and sports Development Mr Sunday Dare whose adopt a talent initiative has seen State Governors, individuals and corporate bodies adopt some Olympics- bound athletes by paying money directly to the athletes account to support their early preparations for the Olympics. The initiative was halted by the outbreak of covid-19 pandemic last year.

Speaking during a courtesy visit by the Minister, Mr Abiodun said he found it expedient to adopt *Amusan* not just because she is an Indigine of Ogun State, but because she symbolises the Nigerian spirit of talent and hardwork.
Amusan announced her arrival to the big stage after winning silver in the African Youth Championships in 2013, capped it with a Gold medal at the 2015 African Junior Atheletics Championship in Addis Ababa, Ethiopia, emerged Commonwealth champion in 2018 African Champion in 2019. She is a two time African Champion.

She was ranked 4th in the World following her feat at the World championships in Doha in 2019.
The money would be paid directly into the athlete’s account to fund her preparations for the Olympics.