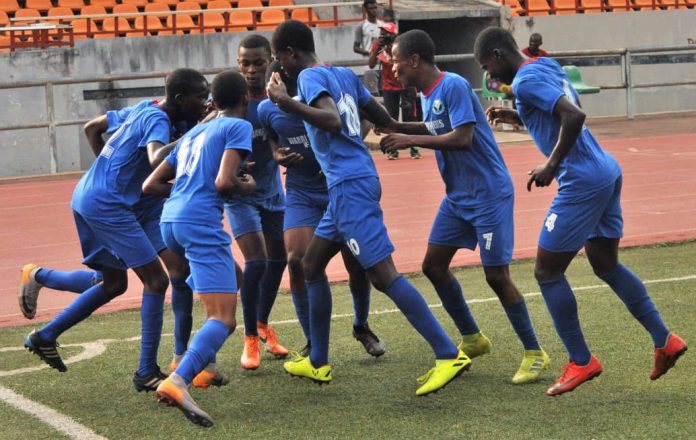 The 2020/2021 Nigeria Women Football League Premiership Play-off has been scheduled by the Secretariat of the NWFL, to hold in Benin City, Edo state from May 7 to 11, 2021.

The venue according to the NWFL Chief Operating Officer, Modupe Shabi, has been fixed for the main bowl of the University of Benin Sports Complex, Ugbowo, Edo state.

The last four teams that will participate in the play-off to determine the two teams to be relegated include; Former champions Pelican Stars of Calabar that ended the first round with 12 points, Abia Angels that finished with 11 points, Ibom Angels of Uyo with 10 points and Dream Stars of Lagos with 6 points.

The NWFL C.O.O stated that only two teams will be relegated from the 2020/2021 NWFL Premiership season at the end of the play off.

In the NWFL Premiership Play-Off schedule, arrival of teams, Draw and Pre-Match meeting in Benin City, have been slated for Friday, May 7, 2021.

While Match Day One, which would witness two matches played comes up on Saturday 8th May at the Main bowl of the University of Benin Sports Complex.

The NWFL C.O.O noted that, kick-off time for matches will be revealed at the Draw and Pre-Match ceremonies.