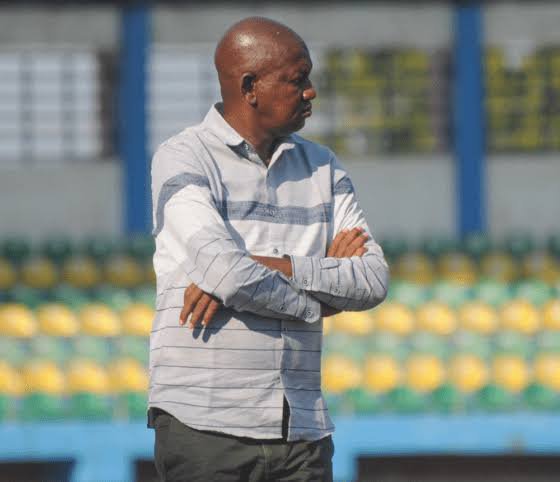 Aftermath of their goalless draw against Enyimba international, head coach of the Nigeria Professional Football League Club Plateau United, Abdul Maikaba said it will be difficult for his team to emerge the league winner.

The People’s Elephant held host Plateau United to a goalless draw at the New Jos stadium in the match day 29 of the league.

The soft spoken-coach saluted his players for their efforts and said the title is gradually getting out of their reach.

“It’s football and the result can come anyhow, we tried our best. I salute the players but surely our best is not enough to get us 3 points, that shows we have to add something to our game which is missing, finishing infront of goal.”

“The reasons is psychological, we are always anxious and if anxiety is in, they will find it difficult to have that calmness to finish attack.

“They always have nice build up but squander chances.*

“The truth is, it’s difficult for us to fight for the title but our image is at stake, going there to win show clearly maybe we woke up late, that’s why we cannot win the title but we have the ability,” he said.

The Jos based team will be the guest of Rivers United at the Adoke Amaisimaka stadium in Port-Harcourt in the match day 30 of the league slated for Wednesday.