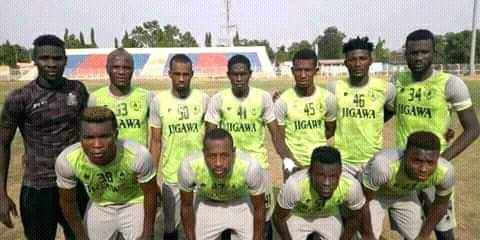 Following the poor outing of the club in the just-concluded 2020/2021 Nigeria Professional Football League season, the management of Jigawa Golden Stars has decided to relieve the Technical Adviser of the team his duties.

Despite starting the season on a bright note, the club suffered relegation at the end of the season.

To end this, the club management decided to state on Thursday afternoon and announced the sacking of Technical Adviser, Gilbert Opana and two assistants Bade Auwalu and Abdulaziz Adeza.

The statement further confirmed Ado Suleiman Mato as the new manager of the club and will be assisted by Yakubu Umar.

The club in the statement also confirmed September 14th, 2021 as the resumption date for the players to commence preparations for the new season.

The team finished in the 17th position with 43 points in 38 matches after losing 3 points and 3 goals to Rivers United for fielding an ineligible player.