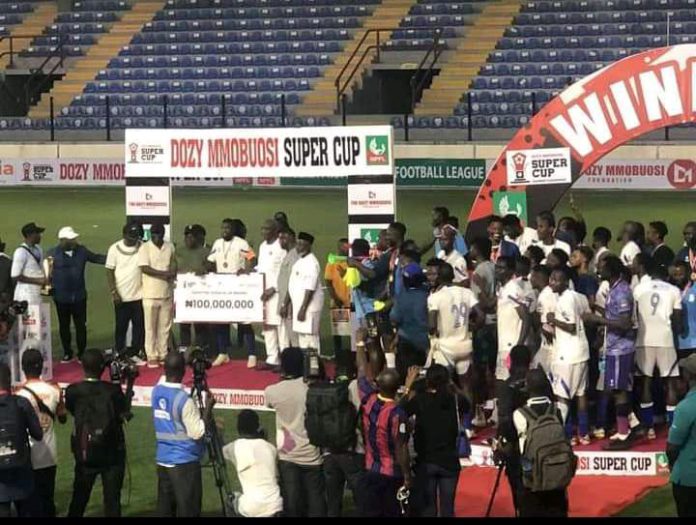 The management of the Shooting Stars Sports Club (3SC) of Ibadan, wishes to clear the air on the prize money of the just concluded NPFL/Doxy Mmobuosi Super Cup Football Tournament.

We will like to inform all that the organisers doled out 100,000,000 naira to the club, as seen in the check presented to the Oluyole Warriors.

However, there was a mutual agreement between the four participating clubs, before the commencement of the tourney, that whoever emerges as the winner, will part with fifty per cent of the money, to be shared by the other three teams.

This was done in the spirit of sportsmanship and also to douse the tension which could attend the tourney if it were to be a winner takes all situation and to ensure that all the participating teams have something to take home, no matter how small.

A memorandum of understanding was signed by the four clubs to back up the agreement.

This was purely an arrangement between the four clubs, outside that of the organisers, hence the presentation of 100,000,000 naira check to Shooting Stars after the final match.