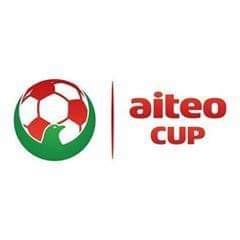 The Nigeria Professional Football League Clubs have threatened to withdraw from the Aiteo Cup unless the Nigeria Football Federation (NFF) provides intervention funds for the participating teams.

This is contained in a communique issued at the end of the quarterly meeting of the NPFL Club Owners Association held in Abuja. The club owners also ordered the NFF to pay the prize money for Kano Pillars, the champions of 2019 edition before any of the twenty clubs could participate in the second round of the competition expected to kick off on 7 July, 2021.

It reads; “The Club Owners after a Critical examination of the schedule provided for the 2021 Aiteo cup, paucity of funds and congestion in the league fixtures, unanimously resolved to withdraw participation in the Aiteo cup except if otherwise provided with intervention funds. It further called on the NFF to immediately pay to Kano Pillars FC the outstanding prize money for the last Aiteo Cup.”

Aiteo group of Company signed five years contract with the NFF to sponsor the FA Cup and payment of National team coach.

Rohr confirms the powers that be stopped him from replacing Musa...