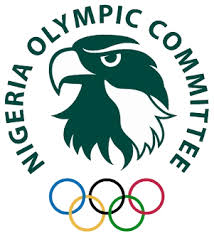 The Nigeria Olympic Committee (NOC) has given kudos to the athletes and officials of Team Nigeria to the just concluded Tokyo Olympics in Japan for their level of competitiveness at the Games.

In a statement released by Phemmy Adetula, the NOC PRO, “this was a five-year plan for the athletes because of the Covid 19 pandemic that delayed the Games. The NOC, in its capacity, made sure that grants and scholarships were applied and given to as many athletes that deserved it from the International Olympic Committee (IOC) and the Association of National Olympic Committee of Africa (ANOCA).

These grants assisted our athletes through the thick and thin of their preparation and we saw the testament in Tokyo.

The NOC thanked Mr President Muhammadu Buhari for his support to Team Nigeria and the continuous development of sports in Nigeria. The body, equally appreciates the working relationship between the Honourable Minister of Youth and Sports Development, Sunday Dare and the NOC, saying, “these are moments to cherish”.

Several moments led to Japan, there in Japan, and after but, our joy is Team Nigeria gained new experiences and consolidated a few at the Tokyo 2020 Olympic Games while making in-roads into new sports.

The NOC also appreciated the International Olympic Committee (IOC) for the cordial relationship that exists over time.

The International Olympic Committee and the Nigeria Olympic Committee will never in any capacity work against its subjects when it comes to the interpretation of the rules of the game. Towards the Tokyo 2020 Olympics, an NOC Accreditation Manual was published in December 2019 and forwarded to every federation that qualified for the Tokyo Japan Games. Item 3 – Delegation Overview on the table of content stipulates the category quota calculation for each country’s delegation based on qualified athletes.

For team sports, aside from football which falls in the class range of 15 – 19 qualified Athletes who are entitled to 8 primary team officials. Basketball falls in the class range of 10 – 14″, and are entitled to 5 primary officials. That is minimum of two (2) and maximum three (3) coaches (one of whom must be Head Coach), minimum of one (1) Medical and other team delegation (administrative personnel) even in the case of Nigeria Basketball Federation (NBBF), who continue to claim ignorance to the rules despite attending the last two edition of the Olympics, Ivanka Toteva, Sports and Eligibility Senior Manager of International Basketball Federation (FIBA) made it clear in her email of July 9th 2021 to the NBBF that “FIBA is responsible for the eligibility of the team delegation members where the FIBA internal regulations are in force. However, when it comes to the official team delegation and corresponding accreditations, the IOC Regulations are governing the Olympic Games. It is also under the authority of the NOC to determine the number of the accreditations to a specific sport. Therefore, you need to follow the NOC instructions and ask for additional accreditations as some of the team delegation functions (doctor, physiotherapist etc.) are shared with other sports and the team management is part of the general sport management quota given to the NOC”.

The NOC states categorically that there will never be a time under the watch of the Committee that anyone will work against the success of any team or federation here at home or abroad. We are one big family working towards the common goal of taking our sports to the desired height. Positivity is our watchword and it’s key to the development of sports in Nigeria.

If anyone is ignorant of the rules, failure should not be put at the door of the International Olympic Committee or Nigeria Olympic Committee when all stakeholders are aware of the situation leading to the Team loss at the Olympic Games and FIBA Afro-Basket Championship.

“After years of work done by the federations, the time to harvest is nigh, and they can only get better by Paris 2024″. The NOC assured that more stars will be unveiled and take their rightful place in the world for Team Nigeria by Paris 2024 Olympics, while the Committee advises that the preparation should start now”.

Arsenal ready to pounce on Antoine Griezmann should he leave Barca...