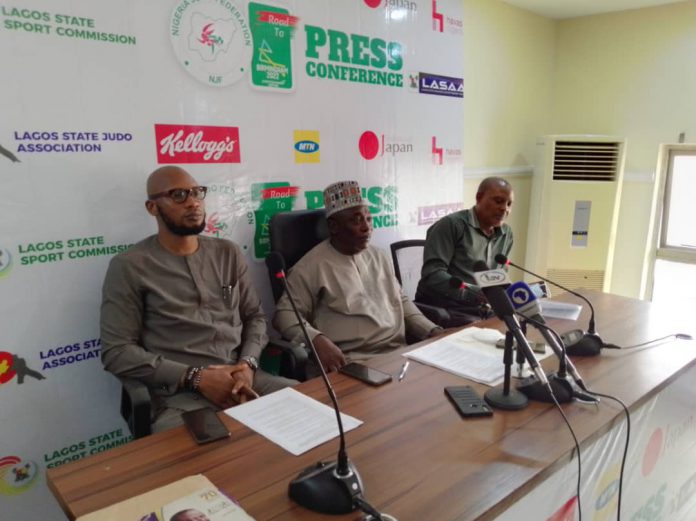 In what appears to be a new dawn in the Nigerian judo, the judokas looking forward to participating in the Commonwealth Games this year have been warned to either take part in the trials for the Games or forget about going to Birmingham 2022.

This warning was handed down to the judokas by the President of the Nigeria Judo Federation (NJF), Dr. Musa Oshodi during a press conference in Lagos on Tuesday held to herald a National Trials for the 2022 Commonwealth Games scheduled for the Teslim Balogun Stadium in Surulere, Lagos from 22 – 25 February, 2022.

Oshodi who was elected as the President of the Board of NJF during the last sports federation elections held in Abuja last year, warned that gone are the days when list of Nigerian judokas for international competitions would be compiled by an officials without national trials.

“We want to do things differently from now on. Any judokas who fail to show up for the national trials which will hold in Lagos should forget being on the list of those going to the Commonwealth Games. No matter how highly ranked the judokas might be, they must come for the trials to show the world how good they are.

“We want to be transparent to give Nigeria quality representation at the Commonwealth Games,”

“Apart from providing a formidable Team which will represent Nigeria at the Commonwealth Games in Birmingham in the United Kingdom from July 28th to August 8th, 2022, the trials will also herald the new dispensation in Nigerian judo,” Oshodi said.

He said the Federation will present about 300 judokas from 36 states and the FCT Abuja for the Road to Birmingham Trials in Lagos, adding that a local organizing committee headed by the vice president of the federation, Mrs Loveth Howell will organise the Lagos trials.

Recalling with nostalgia how Nigerian judo vanished from the international radar, Oshodi said “For a country that produced African champions, Commonwealth champions, and one of the best judokas in the world to have failed to qualify for three consecutive Olympic Games, is a sad commentary on the state of affairs in our sports. But the good news today is that the narrative has changed.

“For the first time in its almost 50 years of history, the NJF got a judoka as it’s president courtesy of the last federation elections in Abuja.

“I want to call on Nigerians especially the corporate organisations to support us to take judo to its enviable heights in Nigeria.”

‘We’re not half of anything’ – Celtic take aim at Rangers...

Minister of Sports Inaugurates AFN Board