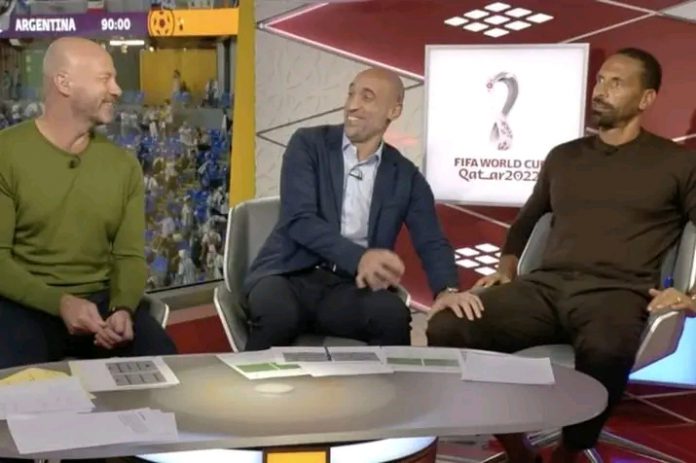 Pablo Zabaleta criticised the decision to drape a bisht around Lionel Messi during the World Cup trophy presentation on Sunday.

Argentina became three-time world title winners by beating defending champions France on penalties in the final in Qatar, with Messi finally lifting trophy that had long eluded him.

Messi opened the scoring with a first-half penalty, before Angel Di Maria doubled Argentina’s lead before the break. However, Messi’s Paris Saint-Germain teammate scored his own spot-kick in the 80th minute and struck again just 97 seconds later to make it 2-2 and force extra time.

In that additional period, Messi scored a close-range goal to restore Argentina’s lead, before Mbappe netted another penalty to bring about a shootout.

Both players scored in the shootout, but it was Argentina who won it 4-2.

At long last, 35-year-old Messi was able to lift the World Cup trophy, and as he made his way to the podium to collect it, he was greeted by Fifa president Gianni Infantion and the Emir of Qatar, Sheikh Tamim bin Hamad Al Thani.

They draped a bisht – a traditional item of Arab clothing – over Messi’s shoulders, and it covered the majority of Messi’s Argentina jersey, including the nation’s badge.

“Just why?” asked  pundit Zabaleta, a former Argentina teammate of Messi. “No reason to do that.

In Argentina’s 2014 World Cup final loss to Germany, Zabaleta lined up at right back as Messi started on the left wing.

Leboeuf urges Ronaldo to retire: I don’t want to have pity...