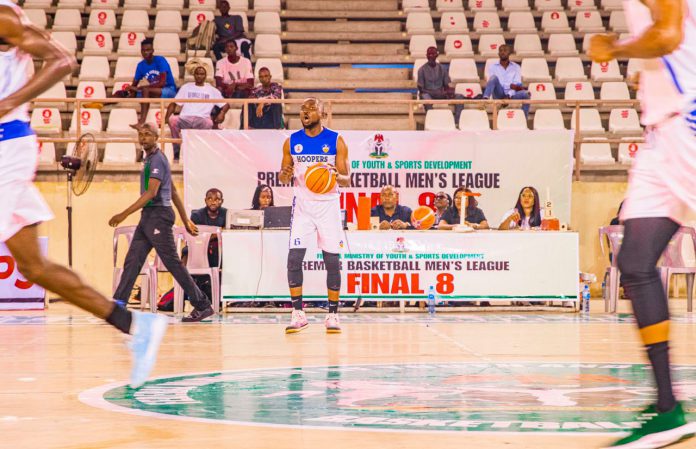 Nigeria’s representatives to the last Basketball Africa League(BAL), Rivers Hoppers of Port Harcourt have sent strong signals to other teams that they are set for a return to the continental centre stage with a winning start to their campaign at the Nigeria Basketball men’s premier league final eight playoffs in Abuja.

The final eight playoffs, which will decide the country’s representatives to the second edition of the glamorous continental showpiece, dunked off inside the package B indoor hall of the Moshood Abiola Stadium, Abuja on Friday.

Rivers Hoopers defeated their rugged and very physical opponents, Benue Braves 65-52 in the exciting last game of Day One.
There were also winning starts for Customs, Gombe Bulls and Kano Pillars.

Customs edged out Kwara Falcons 76-73 in a tight and keenly contested game while Gombe Bulls blew away their opponents Police Baton 79-40.

Kano Pillars had walked over Lagos Islanders 20-0 in the opening game of the competition.

On Saturday, the playoffs will continue with Day two fixtures. Benue Braves will take on Gombe Bulls, Lagos Islanders will face Kwara Falcons, Police Baton will try Rivers Hoopers for size while Customs will be up against Kano Pillars in the last game of the day.

Rohr To Use World Qualifiers As Preparatory Games Ahead 2021 AFCON