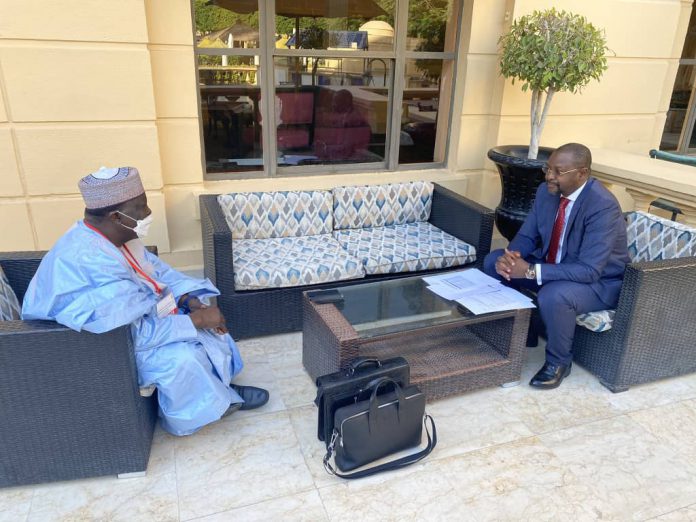 Nigeria is to host the African Senior Athletics Championship following an agreement between the Ministry of Sport in Nigeria and the Confederation of African Athletics (CAA), BSNSports.com.ng reports.

Sunday Dare on behalf of the ministry meet with the President of the Confederation of African Athletics, Kalkaba Malboum, on the sidelines of the ANOC Olympic General Assembly in Cairo where discussions about the tournament were held.

A statement from the ministry said that the country is poised to host the tournament in Lagos come from the 23rd to 27th June, 2021 at the Teslim Balogun Stadium.

The national stadium in Surulere and Yaba College of technology will serve as auxiliaries for the tournament.

It will be recalled that the tournament was postponed due to the initial host, Algeria’s withdrawal to host the competition due to the pandemic.