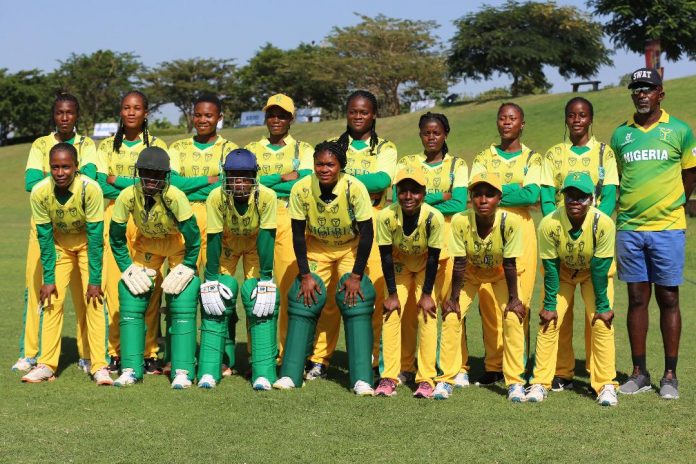 Teenage centurion player (played 100 runs), Piety Lucky, and 99 runs player, Salome Sunday are among the 20 girls invited by the Nigeria Cricket Federation. Most of the invitees took part in the Rwanda genocide commemorative Kwibuka T20 tournament in June 2021.

Nigeria senior female cricket team finished 4th in the 5 nation tournament without Piety featuring. The senior female team was adjudged to be good at batting despite winning only one game against Botswana.

While the kwibuka tournament serves as a dress rehearsal for the team, cricket pundits in the country have advocated a longer assemblage of the players as a panacea for improved results in future tournaments.

The African qualifiers of the Women’s T20 World Cup would are hosted by Botswana between 7th to 20th September 2021 with Botswana, Cameroon, Namibia, and Nigeria participating. Other countries expected to be in the qualifiers include Malawi, Mozambique, Rwanda, Sierra Leone, Tanzania, Uganda, and Zimbabwe, the only Test Cricket playing countries.