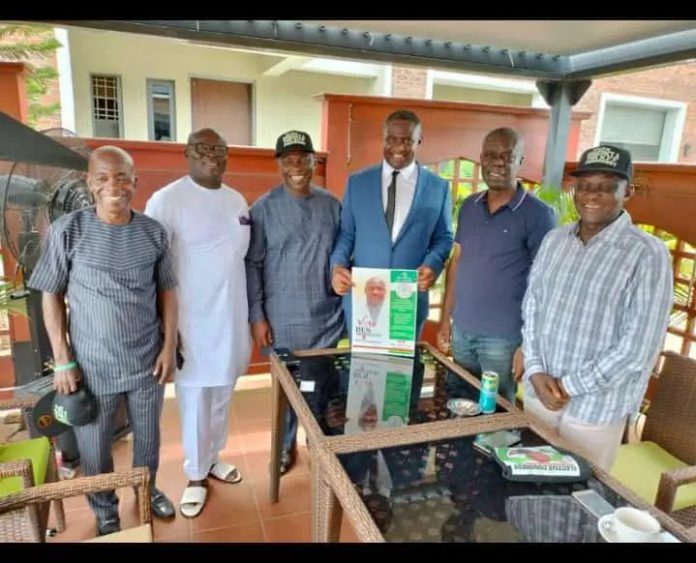 The Warri born FIFA Council member had in several fora declared that he will not contest for the same position he is holding.

Akwuegbu, 47, at the flagoff ceremony was the first ex-player endorsed by five top executives of the Players Union.
Elated Akwuegbu stated that it is high time players take charge of what belongs to them from the politicians. “since 1945 when NFF was created, no player has been able to become the federation President. Now that we have discovered that politicians cant take the game to the promised land, the Nigeria Football players have decided to present the best candidate for the job and that was what happened today when I was endorsed.

Akwuegbu was selected to U-16 World Cup Final squad in 1989 hosted by Scotland. In 2000, his success in Austria made him joining the Africa Cup of Nations tournament which he played his first international game against Tunisia.

With his progress in the team he was involved in the 2002 World Cup Qualifier and scoring two goals in the process, His performance made him selected to the 2002 World Cup Final squad. He played the only World Cup game against England. He scored 10 goals in 35 appearances for Nigeria