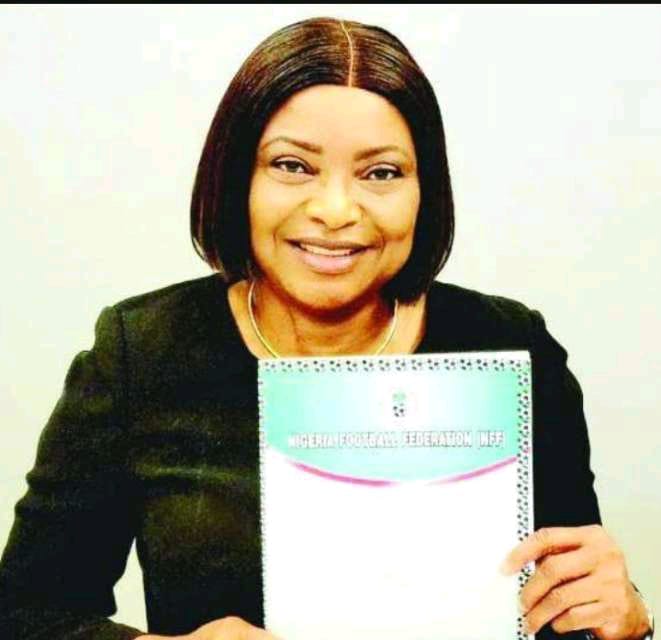 The Chairperson of the Nigeria Women Football League, Aisha Falode, has declared her intention to join the race for a seat in the Executive Committee of the Nigeria Football Federation in the September 30 Elective Congress slated for Benin City, Edo State.

Falode, the only female appointed Executive Committee member of the present NFF, said at the event held for her declaration of intention to contest for Executive Seat on the NFF held at the Radisson Blu Hotel, Ikeja, that she decided to throw her hat in the ring among the list of Nigerians seeking elective positions into the executive committee of the NFF because of her desire to effectively build up Women’s football both at the league and national team levels.

“I want to be a real stakeholder in Nigeria Football Federation, with real stake and not limited by the status of an appointee. For me I want to be fully involved in the decision-making and implementation of developmental programmes in Nigerian football.

“I want to be part of that authority who take initiatives and run those ideas of taking the country’s football to another level. I want to have the opportunity as a member of the NFF Executive Committee that will be enabled to push for a professionally run NFF. It’s better to contest and win a seat on the Executive Committee, and get on board so as to ensure the gains made in Women’s football are not watered down.

“I want to join hands to help build a Secretariat that is modern, and will enable us to keep the Nigeria Women Football League making consistent progress and have a sense of belonging to Women’s football.”

Falode, who is aspiring for NFF exco seat from the Edo State Football Association, noted that, the idea behind her aspiration for the seat is to make sure Nigerian football professional existence is not shut down.