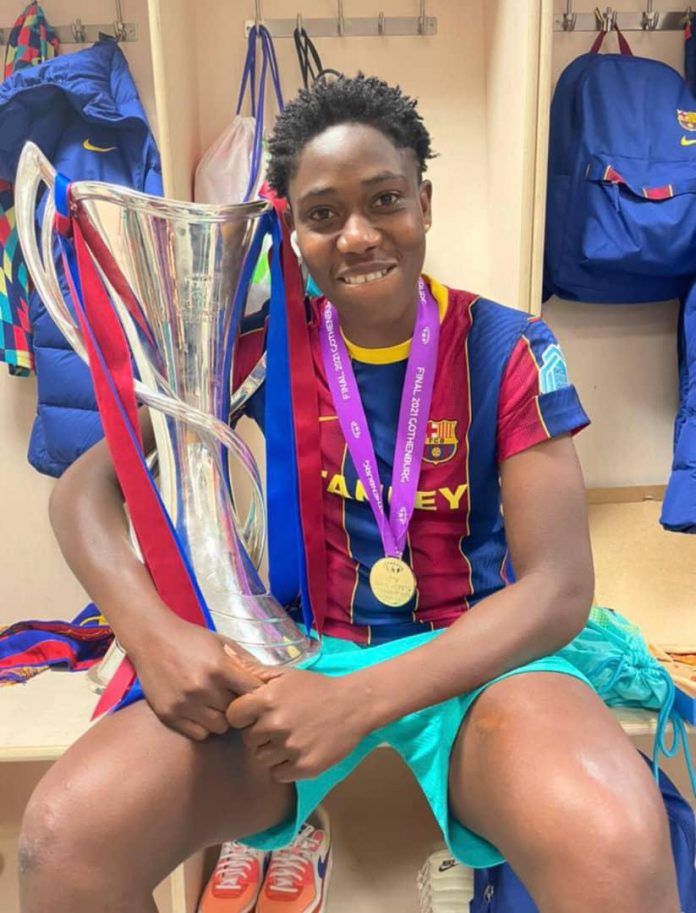 The Nigeria Football Federation has sent a message of congratulations to much-respected former Nigeria goalkeeper Emmanuel Okala, who attained the platinum age of 70 on Monday, 17th May 2021.

NFF General Secretary, Dr Mohammed Sanusi praised the towering goaltender for his glorious service to fatherland in the round leather game, delivering his best anytime he turned out for both the Senior Men Team (then known as Green Eagles) and Rangers International FC of Enugu.

“We all remember the heroic feats and unforgettable deeds of the great Emmanuel Okala. He served Nigeria to the best of his ability and we commend him for his patriotism, discipline, dedication and sense of duty. We wish him a happy Platinum anniversary celebration and many pray that he lives many, many more years in good health and in joy,” Sanusi said in Abuja.

Okala, an imposing figure between the sticks at 6feet 5inches, emerged during an era that Nigeria produced a long line of exceptional goalkeepers, including Inua Rigogo, Peter Fregene, Amusa Adisa and Eyo Essien. He earned his first cap in a friendly against Tanzania in Lagos that Nigeria won 3-2, and was in the team that won All-Africa Games football gold in Lagos in 1973, took bronze medals at the Africa Cup of Nations in 1978 and finished as runners-up at the All-Africa Games in Algiers four months later.

Okala was also in the Green Eagles’ squad that won Nigeria’s first Africa Cup of Nations on home soil in 1980. He was named Africa’s best goalkeeper by the Africa Sports Journalists Union in 1975 and was in the Rangers FC squad that won the Africa Cup Winners’ Cup in 1977.

Sanusi also sent messages of congratulation to Super Falcons’ captain Asisat Oshoala whose team, FC Barcelona defeated Chelsea FC of England to lift the UEFA Women’s Champions Cup on Sunday evening. Oshoala is a four-time winner of the Africa Woman Player of the Year award, was Most Valuable Player and Top Scorer of the FIFA U20 World Cup finals in 2014 and has harambeed with the Super Falcons to win successive Women Africa Cup of Nations titles in 2014, 2016 and 2018.

“We felicitate with Asisat (Oshoala) on the victory of Barcelona and wish her many more medals and honours in her career with Club and Country.”

Also celebrated were the duo of Leon Balogun and Joseph Ayodele-Aribo, whose club, Glasgow Rangers FC won the Scottish Premier League on Saturday.

“We celebrate with Balogun and Aribo for their success in the Scottish Premiership. They are our worthy ambassadors and we are happy for them as we are happy for Wilfred Ndidi and Kelechi Iheanacho who won the English FA Cup with Leicester City on Saturday.”