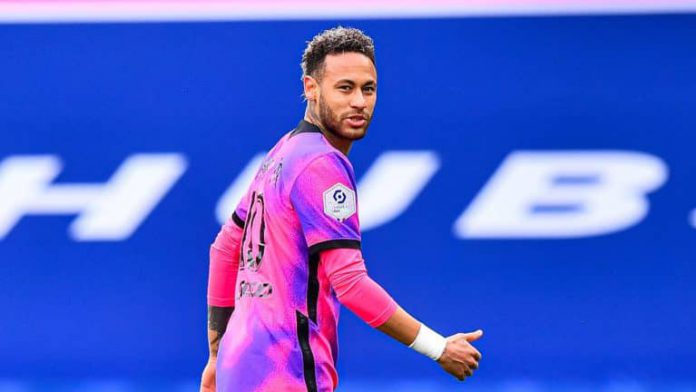 Neymar is reportedly unlikely to leave Paris Saint-Germain during this summer’s transfer window despite the recent speculation surrounding the Brazil international.

The 30-year-old has struggled to show his best form for PSG during the 2021-22 campaign, managing just five goals and five assists in 21 appearances in all competitions.

Neymar has recently been booed by sections of his club’s supporters, and there have been claims that he is keen to leave Paris during this summer’s transfer window.

PSG had also allegedly decided to place the South American on the transfer market, having been disappointed with his on-field contribution this season.
However, according to Goal, Neymar is happy with Mauricio Pochettino‘s side and will not look to force an exit ahead of the 2022-23 campaign.
The report also claims that the attacker’s significant wage packet would make it difficult for other clubs to tempt him into an exit.
Newcastle United, Manchester City and Barcelona are among the clubs to be credited with an interest in the former Santos youngster over the last few weeks.