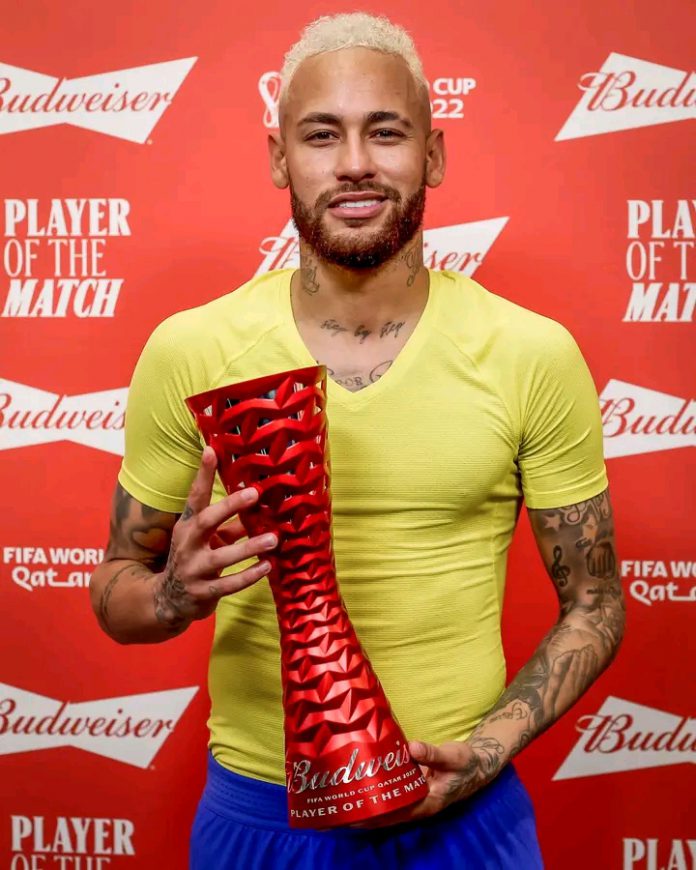 Brazil superstar Neymar admitted he feared his participation in the Qatar World Cup could be over after he sustained an ankle injury in their opening match against Serbia.

The 30-year-old missed his side’s last two group games against Switzerland and Cameroon before returning to the starting XI for Monday’s 4-1 thrashing of South Korea in the Round of 16.

Neymar impressed against the Asian side, adding Brazil’s second on the night when he coolly slotted home a penalty after Richarlison was fouled.

The early return of the forward, just 11 days after he had hobbled off against Serbia, caught many by surprise and Neymar revealed he did doubt if he would feature again in this tournament.

‘I was afraid of not being able to play in this World Cup again but I had all the support of my friends and family and I tried to find strength where I could not find it,’ said Neymar.

Vinicius Jr., Richarlison and Lucas Paqueta also scored on the night, as the Selecao romped into a 4-0 lead after just 36 minutes

When Manchester City could lift the Premier League title