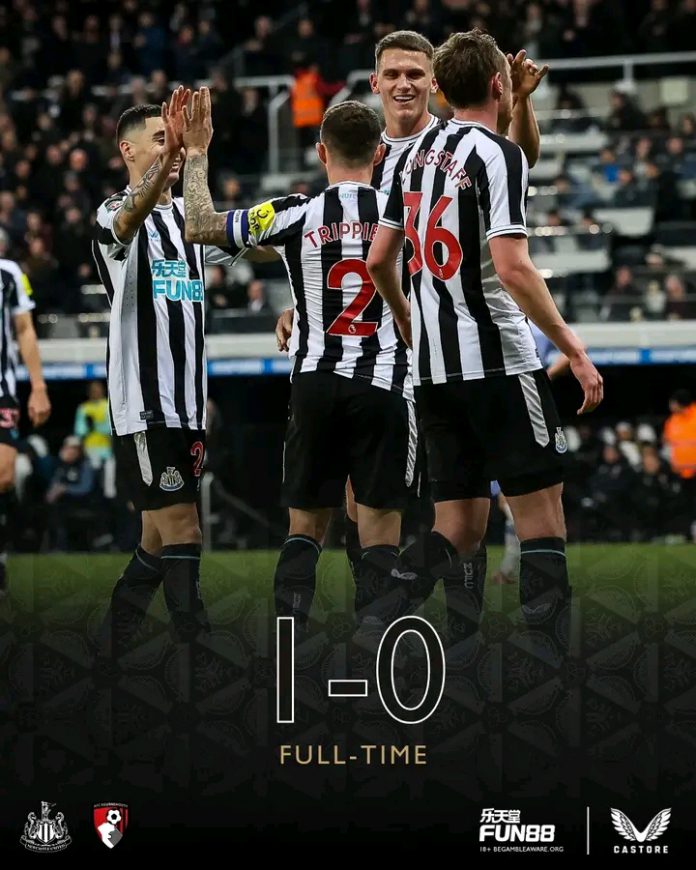 Newcastle reached the quarter-finals of the Carabao Cup with a hard-fought win over Bournemouth at St James’ Park.

It was no more than Eddie Howe’s side deserved with the home team creating the bulk of the goalscoring chances.

Newcastle will find out who they meet next in Thursday evening’s draw.

Switzerland defender Fabian Schar and Brazil midfielder Bruno Guimaraes also began the contest for a home side that appeared close to full strength in a first competitive outing for both clubs since 12 November.

In front of a 51,579 crowd, Newcastle repeatedly pressed forward with Trippier, Schar, Miguel Almiron and Wilson all going close to breaking the deadlock in the first half, with the latter also having an effort ruled out for offside.

Gary O’Neil’s determined and disciplined Bournemouth side will though also count themselves a little unfortunate after not making the most of their few clear-cut opportunities.