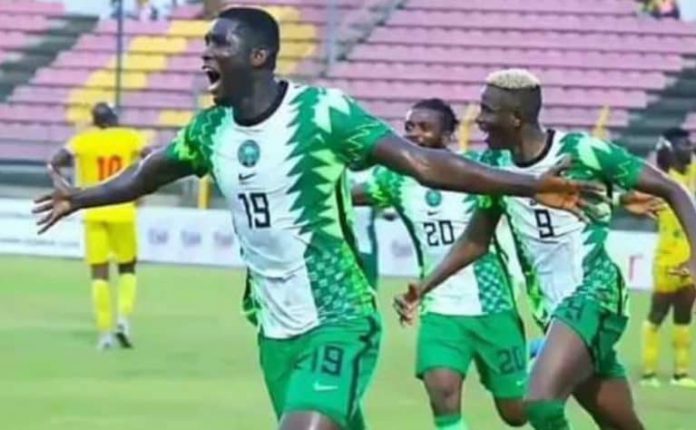 President of the Nigeria Football Federation (NFF), Amaju Pinnick, has disclosed that the new foreign manager expected to be named in the coming weeks will be in charge of the Super Eagles at the Africa Cup of Nations in Cameroon.
The NFF helmsman stated at a function in Lagos, yesterday, that as soon as the new manager is announced he would start work immediately.
According to him, the new coach will take over from interim manager, Austin Eguavoen, stating that the new man has started scouting Nigerian players and studying their strength.
“We actually sounded out three coaches and every one of them wants to work with Nigeria because of the quality of our players. Of course emphasis was on discipline and the hunger to win trophies. One of the coaches dropped out because he got a job in Israel,” Amaju said.
He said as soon as the technical committee completes their job and the Executive Committee ratifies it, the new coach will be announced. The new coach will be drafted immediately to work with the Super Eagles in AFCON.
Amaju stressed that the process of employing a new coach has the input of the Ministry of Youth and Sports.

A new way to homeownership by Absa Bank [Article]