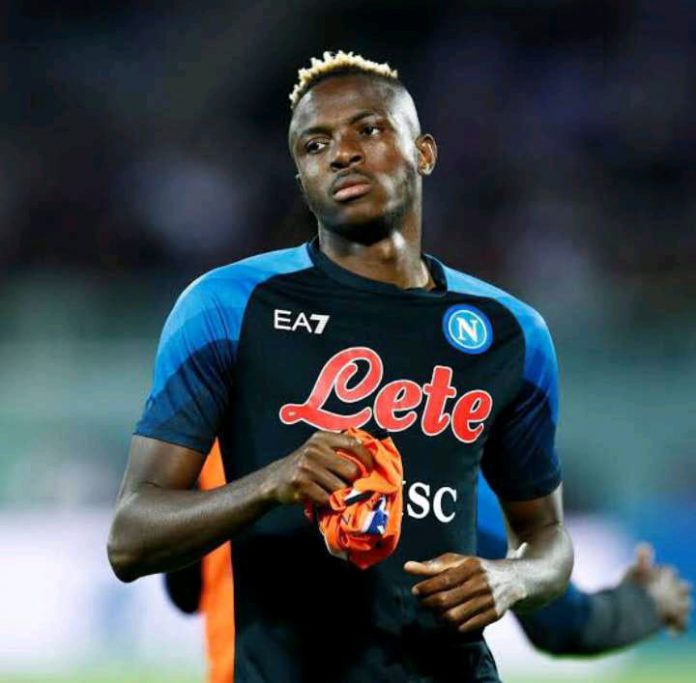 The Nigeria international joined Napoli for a reported €75m fee in September 2020, months after Haaland’s move to Borussia Dortmund.

Osimhen is lighting up Serie A and the Champions League with his form and goals this season, as he has scored nine goals despite almost a month off due to injury.

The Norway international is described by Napoli sporting director Giuntoli as the ‘biggest regret’ he has.

“The contract with Salzburg was done already, we would have paid his €25m clause. He and Osimhen were our priorities and when Haaland opted for Borussia Dortmund, we went for Victor. To us, they were on the same level,” he told Il Corriere Dello Sport.

The Partenopei are the Serie A leaders and the only unbeaten team in Italy. They are enjoying an eight-point lead over second-placed Milan.

They’ve achieved amazing results in Italy and Europe, despite selling some of their best players last summer, including Kalidou Koulibaly, Lorenzo Insigne and Fabian Ruiz. What’s the secret of Napoli’s success this term?

“Commitment, competence and the courage of ownership that has proved his worth in the last 18 years,” said Giuntoli.

“COVID forced us to change because the wage bill was no longer sustainable and the situation almost reset the financial resources.

“Despite COVID, De Laurentiis invested in signing Osimhen, but we had to make drastic decisions and open a new cycle.”