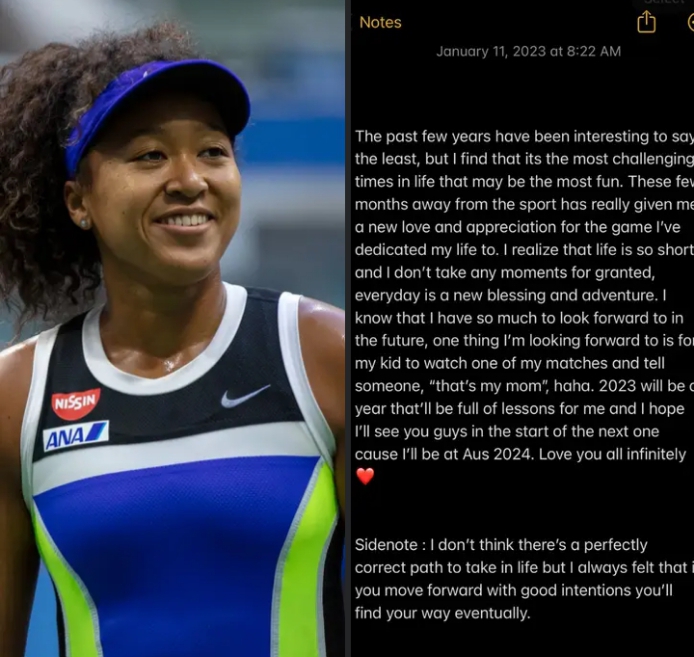 Four-time Grand Slam champion Naomi Osaka has announced she’s pregnant with her first child, and plans to return to Tennis next year.

The 25-year-old made this known on her Twitter page on Wednesday, penning a heartfelt note to fans, accompanied with a photo of an ultrasound result.

Osaka wrote, “These few months away from the sport has really given me a new love and appreciation for the game I’ve dedicated my life to.

“I know that I have so much to look forward to in the future; one thing I’m looking forward to is for my kid to watch some of my matches and tell someone, ‘That’s my mom.’

Osaka pulled out of this month’s first Grand Slam of the year last week.