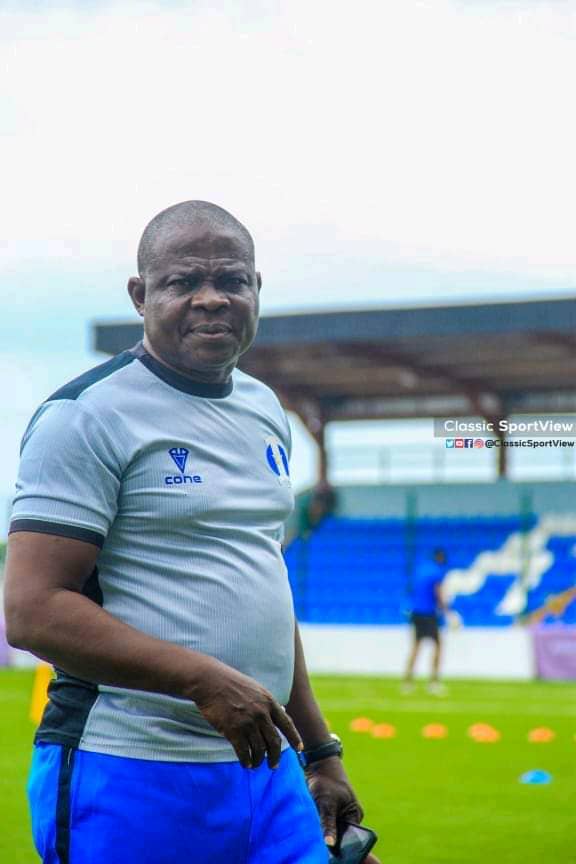 Technical Adviser of Shooting Stars Sports Club (3SC) of Ibadan, Gbenga Ogunbote, is optimistic the team will be the team to beat in few weeks time

Taking stock of the Oluyole Warriors’ performance in the maiden edition of the Value Jet Pre Season Tournament being staged at the Remo Stars Stadium, Ikenne, the “Oracle” as the gaffer is fondly called, played down the results posted by his team at the tourney

The Ibadan soccer lords lost three and drew one, scored once and conceded five to exit the tournament at the group stage but coach Ogunbote refused to be disturbed, expressing happiness that it has afforded him the opportunity to test and see players on ground.

“I see this tournament as a test run. We were able to test both the players retained and the new ones invited and I can tell you that we have been able to achieve our aim to some extent.

“I am not worried by what we got here considering the fact that we featured players who had not played together and whose fitness is at the zero level. We only had just two days training before the tournament started.

“Now that we are done with this tourney, I can tell you that we are going to start the real business in terms of training and in few weeks time, I can assure you that this team will be different and it will be the team to beat”, the former Sunshine Stars sweat merchant assured.

Asked whether he was done with activities in the transfer market, the ex Sharks, Lobi Stars and Rangers International tactician, said he will still be activively involved, stressing that he will still be on the look out for quality leg.

On the 1-3 loss to Remo Stars, Ogunbote, gave his boys a pat in the back for a well fought battle, stating that they did their best in the encounter, despite playing against a team that was physically strong, using their fitness to their advantage.