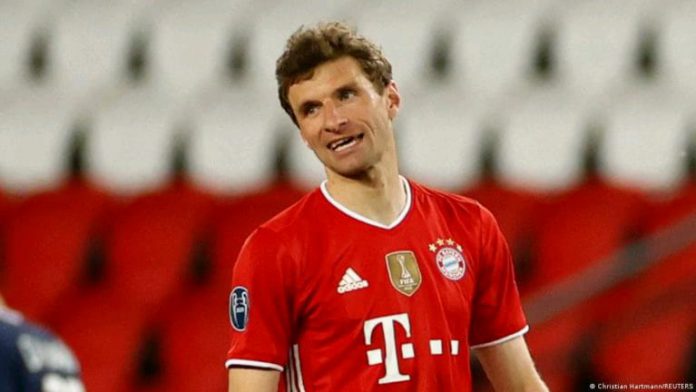 State broadcaster Deutsche Welle reported that Muller’s house in Bavaria was broken into during the Bayern Munich vs. Barcelona match, and around €500,000 worth of his possessions were said to be stolen.

Police are investigating, but no arrests have been made yet.

The 2014 FIFA World Cup winner with Germany has been a Bayern Munich forward since 2009.

The 33-year-old, who came from the Bavarian club’s youth academy, has a contract that will expire in 2024.

Liverpool’s Ozan Kabak admits it is hard to adapt to the...