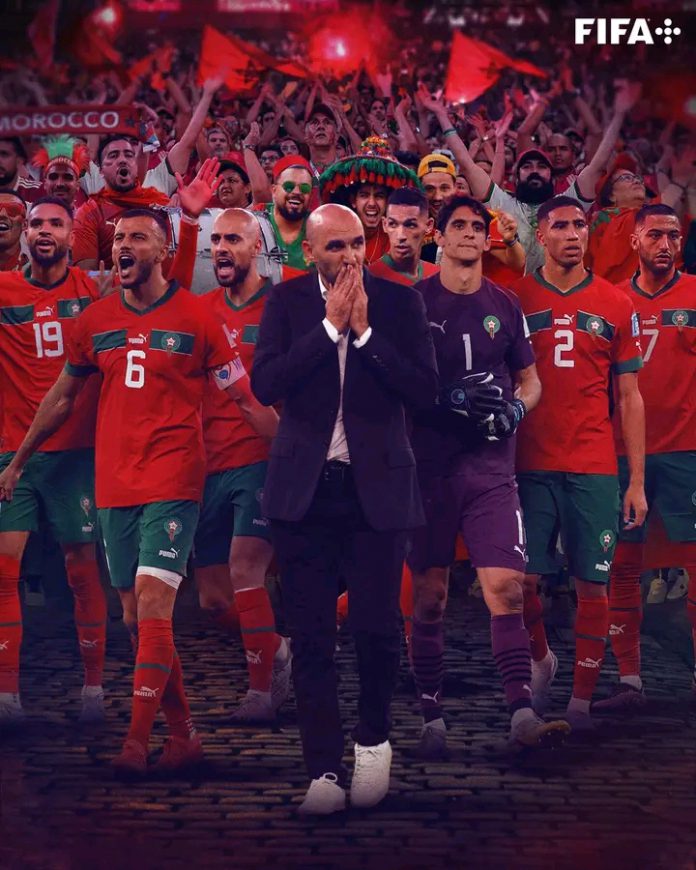 The dream is over but there was no sadness, just sheer pride.

Morocco have lit up this World Cup with an unexpected run to the semi-finals, where their hopes of a shock triumph were crushed by defending champions France.

Walid Regragui’s men had made history by becoming the first African and Arab nation to reach this stage of the competition, but ultimately they came up short.

Theo Hernandez’s goal after five minutes was the worst possible start for Morocco and substitute Randal Kolo Muani added a second late on as France set up a meeting with Argentina in Sunday’s final.

“We pulled out the stops and gave everything,” said Regragui. “We did cause them problems and that is quite an achievement.

“My players gave a very good image of the team, a showcase of their quality. It is difficult to take, they wanted to rewrite history books.

“You can’t win a World Cup by miracles, only by hard work and that is what we will keep doing.”

Morocco fans had taken over Souq Waqif in Doha earlier in the day.

This is the melting pot of Qatar’s capital city where fans from all the competing nations congregate, though a France shirt was a rare sight on this occasion.

Moroccans had travelled in their numbers and extra flights were laid on for the semi-final by national carrier Royal Air Maroc.

Some were being interviewed by various TV and radio stations from around the world, others sipped on local karak tea.

The waft of flavoured shisha tobacco filled the air as they smoked the afternoon away to settle the nerves.

Junior Secondary Schools urged to get for tutors from Secondary sectors