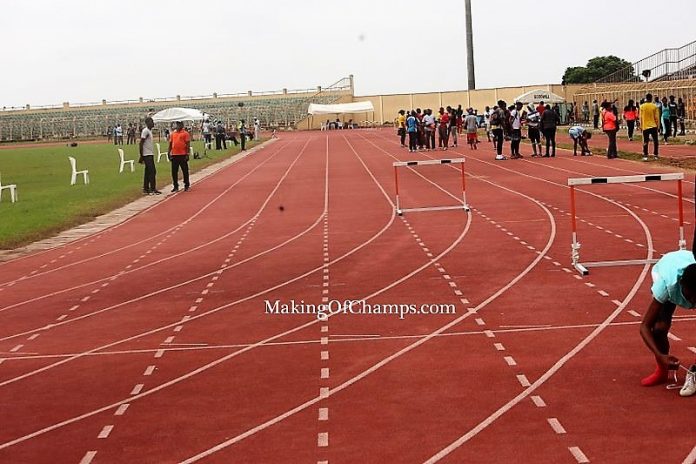 The Federal Ministry of Youth and Sports Development finds it pertinent to warn that it will not accept any act of sabotage calculated at undermining Nigeria’s chances at the Tokyo Olympics.

In a statement signed by Mohammed Manga, Director, Press and Public Relations, Ministry of Youth Sports Development, the Ministry warned anyone under any guise attempting to block participating countries and athletes from attending the events holding in Lagos from today (Thursday) till Sunday 20, June 2021.

The letter reads, “The warning became necessary after it was brought to its notice that certain elements were involved in acts aimed at sabotaging Nigeria’s Olympics Invitational trials slated for this weekend in Yaba College of Technology. This act is tantamount to undermining Nigeria’s National interest in the area of Sports.

“For the avoidance of doubt, a successful AFN Congress held in Abuja to elect a new Board, led by Tony Okowa as President. This new board for the Athletics Federation of Nigeria (AFN) was inaugurated by the Minister of Youth and Sports Development on June 15th 2021.

“This should expectedly bring closure to all the distractions occasioned by the leadership crisis that ended with the expiration of the old AFN board. The Ministry’s focus remains achieving an impressive podium performance for Nigeria at the Olympics, for which it has approved a series of qualifying events for Team Nigeria athletes to score the final points required to qualify for the Olympic Games.”

“Anyone, under any guise, attempting to block participating countries and athletes from attending these events is consequently sabotaging Nigeria, and will be held accountable.”

Two out of the seven countries confirmed for the invitational relays scheduled as part of Nigeria’s Olympic trials have arrived Lagos for the event.

The two countries, Senegal and Ivory Coast came in Wednesday while the other five namely Zambia, Botswana, Cameroun, Benin Republic and Ghana are expected to jet in today.