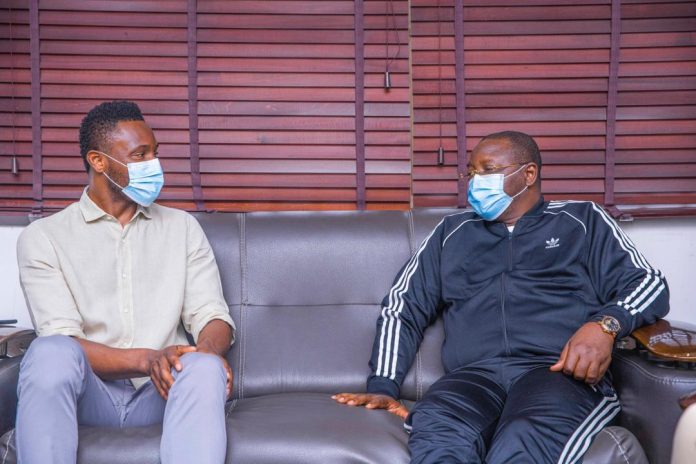 Going by his record, Mikel is one of the most successful Nigeria football player, winning numerous trophies with English premier league side Chelsea FC.

The former Chelsea star was also one of the few Nigeria players to have appeared at all level of football for the country.

The confirmed on friday that the ministry has opened discussions with the midfield power house and details is already been work on.

“Mikel came with his team and details will be work out them with them, the ministry will drop an MOU and work on the details.

We have started talking to him to be a youth ambassador, beyond football he can mentor them and also lessons he has learnt as young person and as young as he is, is a legend.

It’s phenomenon to have somebody like him, he should be able to gather young men around and talk to them .

We want to partner with him and have documentary that can be held on mobile phones and television and rest of them so people can learn from there,” the minister said.