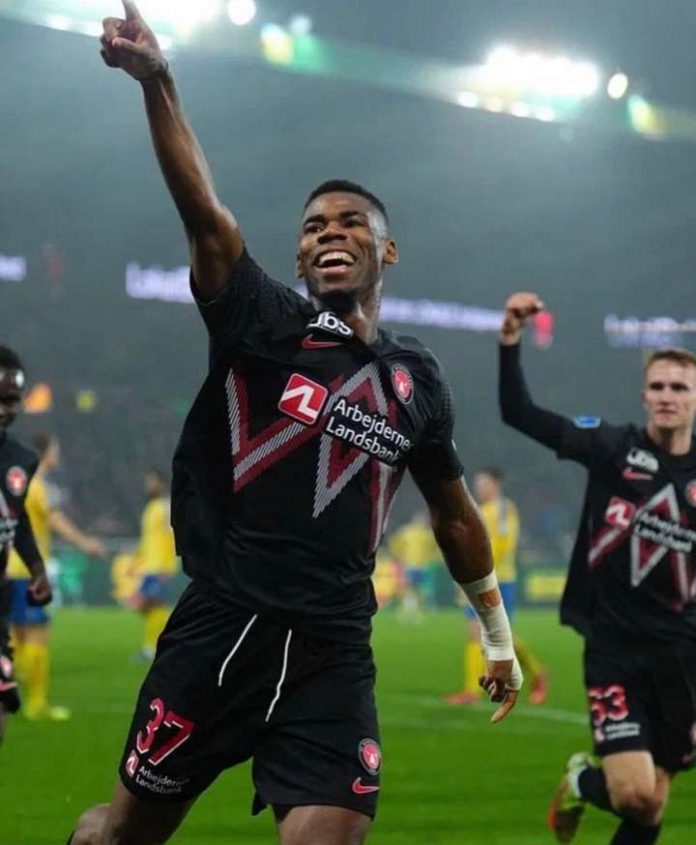 Italian Serie A champions AC Milan has been told by Midtjylland to fork out €7m euros for the services of Nigerian prodigy Raphael Onyedika.

Milan’s legend now Technical Director, Paulo Maldini has been in hot chase for the Nigerian midfielder who is on top of the club’s wishlist, as the Rossoneri considers him as a perfect replacement for Ivory Coast Frank Kessie who left AC Milan at the end of the season for Catalan giants FC Barcelona.

Transfer talks between Milan and Midtjylland for Onyedika are still on.
According to the Italian sports newspaper Gazzetta Dello Sport on Monday, the Danish Super League side has asked for €7 million to free the midfielder for Milan.

The new price tag is €3 million less than what Gazzetta had reported early this month as Midtjylland was ready to let go of the FC Ebedei product of € 10 million.

Onyedika’s €7 million valuations may look too rich for Milan as Maldini and Massara are said to be looking for another solution to bring the 2001 class to the Rossoneri.

Recall the Nigerian won the Danish Super League Young Player of the Season Award last season for his exploits with Ulvene (The Wolves).

Insight into Zidane’s stance on Gareth Bale and fee Tottenham will...