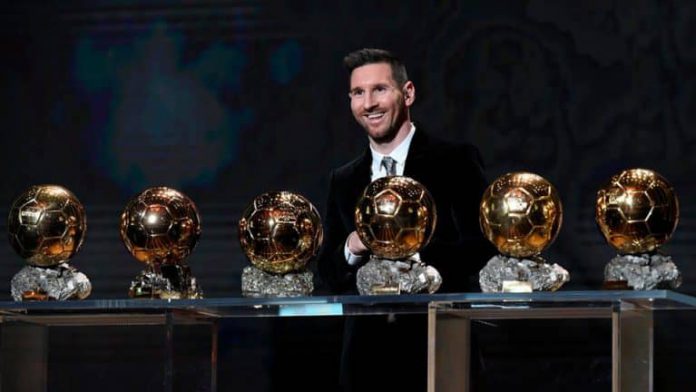 Lionel Messi has insisted that he has never considered himself to be the best in the world as he gave a humble interview following his recent Ballon d’Or success.

The Argentinean made history by becoming the first person to win the award for a seventh time, beating Robert Lewandowski into second place.

There were many within the game who were critical of the 34-year-old’s most recent success, not least Cristiano Ronaldo, who appeared to support posts on social media, claiming that Messi did not deserve his most recent award.

However, speaking about his standing within the game during a recent interview, Messi played down his own need to be recognised as one of the best in the word, insisting it is not something he has ever even dreamed about.

“I never said, thought, or even tried to come to terms with this idea of being the greatest,” he said in an interview with France Football. “For me, just being able to be considered or cited as one of the best players in the world is more than enough. It is something that I would never have dared to imagine or dream of.

“But… I don’t know how to put it so that it’s not misinterpreted. It’s not that I’m not interested in it, but, let’s say that I don’t not give much importance to all that. “It doesn’t change anything for me to be the best or not. And I never tried to be either.”

“I’m intentionally living life on my own terms” – Davido’s Babymama,...

Real To Meet With Mbappe In Next 10 Days

David Haye: AJ Could Retire If He Loses To Usyk