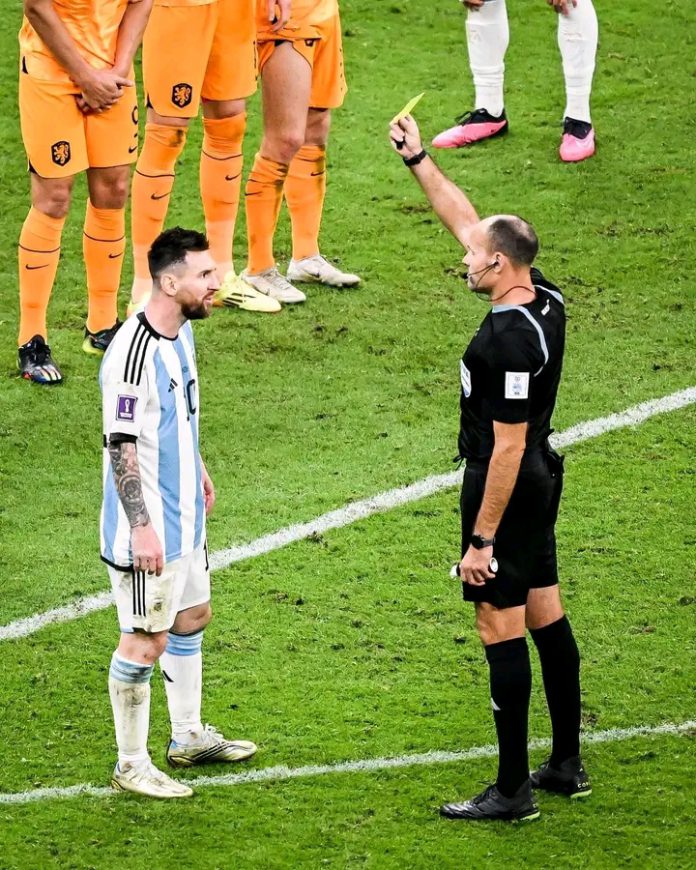 Mateu Lahoz will not be officiating any of the remaining games at the World Cup as he ‘heads home from Qatar’, according to COPE.

The referee’s final game was the feisty quarter-final clash between Argentina and Holland where he dished out an incredible 15 yellow cards.

Lahoz’s performance was not well received by either team – with Argentina’s players particularly vocal about his officiating.

Messi said: ‘I don’t want to speak about referees because after they will sanction you. But people saw what happened,’

The 35-year-old continued: ‘I think Fifa must take care of this, it cannot put a referee like that for a match of such magnitude, of such importance. The referee cannot fail to be up to the task.’

It would appear that Messi has been granted his wish by Fifa – not allowing him to officiate in the semi-finals or the final.

Martinez said: ‘The referee was just giving everything for them.

‘He gave 10 minutes [added time] for no reason. He was giving free-kicks outside the box for them, like two, three times. He just wanted them to score, that’s basically it. So, hopefully we don’t have that ref anymore. He’s useless.’