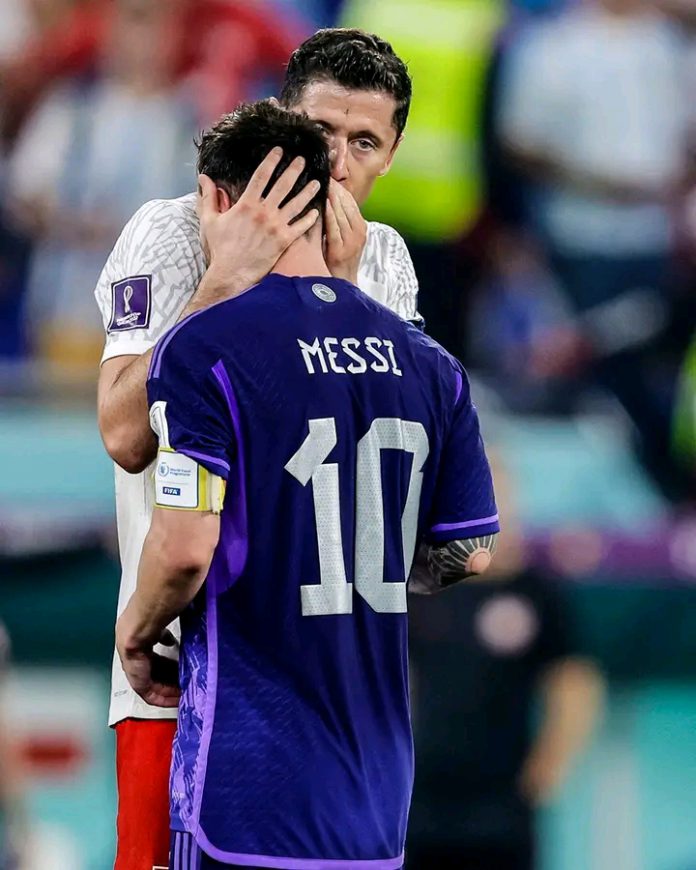 Lionel Messi is fuming at himself for missing a penalty during Argentina’s 2-0 victory over Poland after he missed the opportunity to score a ninth World Cup goal on Wednesday.

Messi saw his dead-ball strike saved by the strong hand of Poland shot-stopper Wojciech Szczesny, with many feeling that was justice served after the controversial penalty decision.

Szcezny grazed Messi’s face with his glove as he leaped to intercept a cross that the striker headed off-target, with social media left stunned by the decision of the referee.

His miss, Sczezny’s second penalty save of the tournament, saw Messi join the record books alongside Ghana’s Asamoah Gyan as he become just the second-ever player to miss two standard-time penalties at the World Cup since 1966.

Messi said as per Argentina’s official Twitter account: ‘I’m angry for having missed the penalty, but the team came out stronger after that mistake of mine. We knew that once the first goal went in, it would change the game.

‘The previous game (a 2-0 win over Mexico) gave us a lot of peace of mind and we went out onto the pitch thinking we had to win.’

‘The match against Australia is going to be very difficult. ‘Anyone can beat anyone, everything is very even.

‘We have to prepare the game in the best way as we always do. We must be calm and go game by game.

‘Now another World Cup begins and hopefully we can continue to maintain what we did today.’

Two Reasons Why Adeleye Is Tipped To Shine In Israeli League...