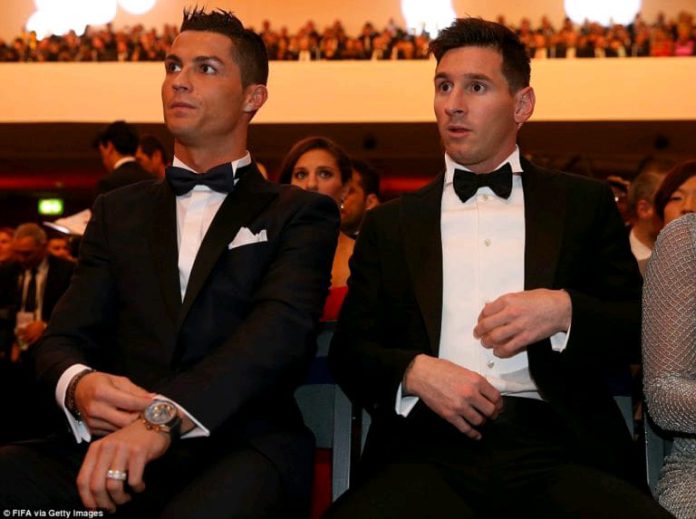 A stunning £90 million All Star game involving Lionel Messi and Cristiano Ronaldo was proposed and nearly went through.

Messi and Ronaldo, with their 12 Ballon d’Ors between them, have shared the stage at the top of the footballing landscape for the best part of 15 years and have changed the game with their goalscoring feats and individual prizes.

The pair of superstars have come up against each other for club and country in a slew of iconic games but a huge fixture involving both was pitched in 2017.

At the time both men were running riot in La Liga with Barcelona and Real Madrid respectively and Robert Bonnier had the idea of putting on a dream game where the duo would assemble their squads.

It was to happen at the home of English football, Wembley Stadium, in front of 90,000 people. Of course it couldn’t happen in the regular season and so the match was scheduled to take place in the summertime every two years.

The planned encounter is recalled in a new book titled, ‘Messi vs Ronaldo: One Rivalry, Two GOATs, and the Era That Remade the World’s Game’, as per The Sun.

Just short of £100 million was on the table, including bonuses, and it’s said that Bonnier, a former multi-millionaire, spoke to the representatives of both parties.

Messi’s team would wear Adidas given his ties to them, while Ronaldo’s side would be decked out in a Nike strip.

Bonnier wanted to make it a serious spectacle, featuring live performances, light shows and a boxing fight to top it off.

David Piper, a TV producer hired by the ambitious Bonnier, claimed it was “very close” to happening – but in the end there were two many hurdles to overcome to make it happen.