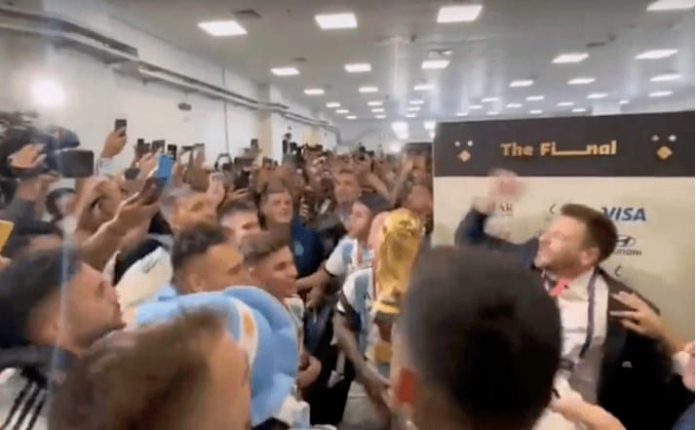 The Argentine national team insulting journalists with a song at the mixed zone in Lusail.

Argentina players reportedly sang a song insulting journalists after they defeated France in the World Cup 2022 final on Sunday, 18 December. According to Independent, a publication in the UK,  the Argentina team  chanted the song in the mixed zone, in front of the media in Qatar.

“Support the national team, support them to the death because I love Argentina, because it’s an emotion I carry in my heart. And I don’t care what those f*****g journalists say!” the players sang.